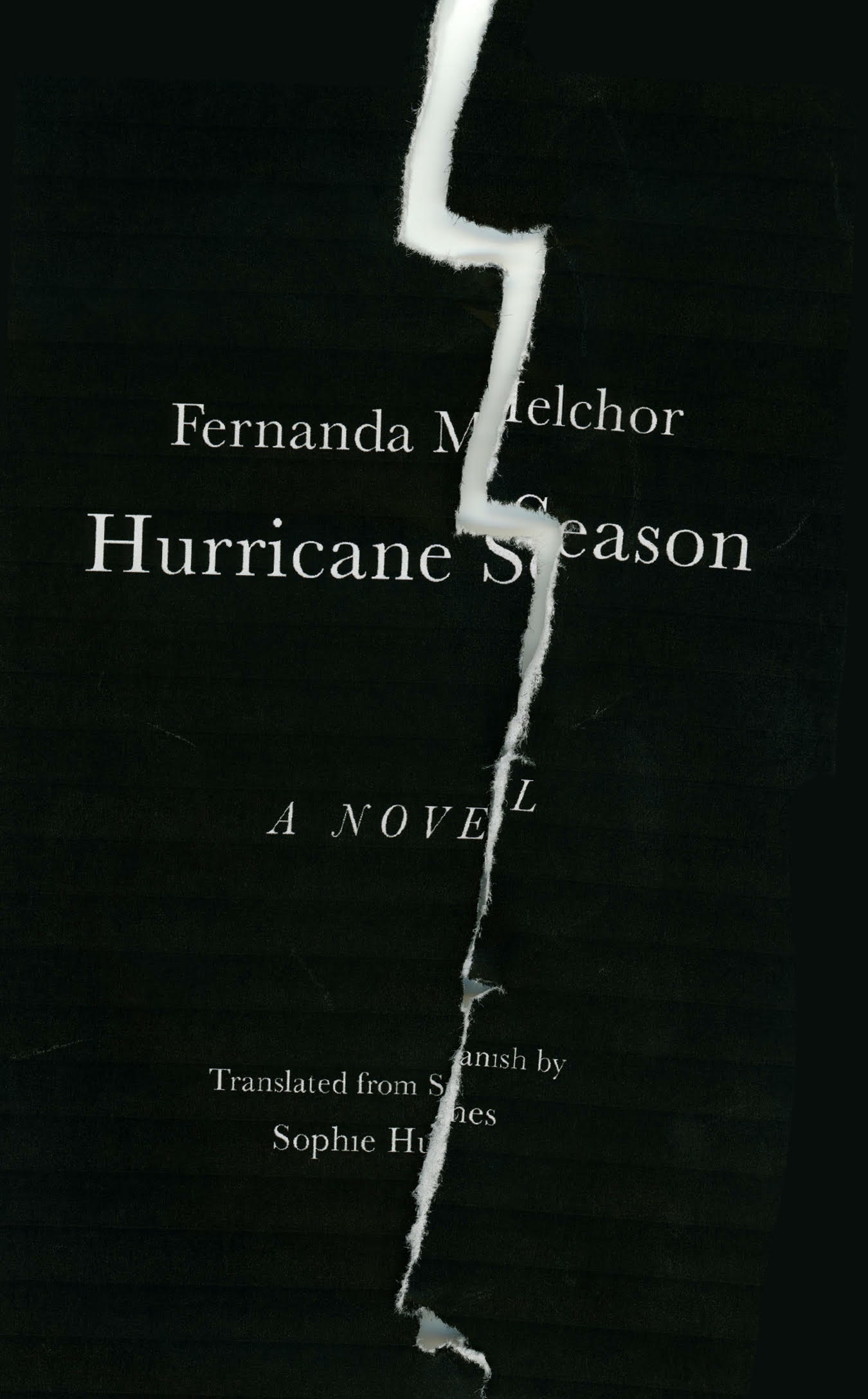 A dazzling novel and the English-language debut of one of Mexico’s most exciting new voices.

The Witch is dead. And the discovery of her corpse—by a group of children playing near the irrigation canals—propels the whole village into an investigation of how and why this murder occurred. Rumors and suspicions spread. As the novel unfolds in a dazzling linguistic torrent, with each unreliable narrator lingering details, new acts of depravity or brutality, Melchor extracts some tiny shred of humanity from these characters that most would write off as utterly irredeemable, forming a lasting portrait of a damned Mexican village. Like Roberto Bolaño’s 2666 or Faulkner’s greatest novels, Hurricane Season takes place in a world filled with mythology and violence—real violence, the kind that seeps into the soil, poisoning everything around: it’s a world that becomes more terrifying and more terrifyingly real the deeper you explore it.

A dazzling novel and the English-language debut of one of Mexico’s most exciting new voices.

Fernanda Melchor is part of a wave of real writing, a multi-tongue, variform, generationless, decadeless, ageless wave, that American contemporary literature must ignore if it is to hold on to its infantile worldview.

Hurricane Season is a hell of a force to be reckoned with.

A bravura performance, teeming with life and fury. Melchor takes a single, brutal act and explodes it, giving voice to the legacies of tragedy and violence within, and daring us to look away.

Hurricane Season is an unrelenting torrent of violence, barbarity, recrimination, sex, greed, trauma, corruption, neglect, fear, lust, deceit, baseness, and the insidiousness of evil. The young Mexican author writes with unflinching ferocity and her propulsive prose is simultaneously scintillating and suffocating. Hurricane Season’s brings to mind other darkly delirious works of (semi)fiction like Rafael Chirbes’s On the Edge, Bolaño’s 2666, or even the novels of Santiago Gamboa. Inspired by a story Melchor encountered in a local newspaper, Hurricane Season offers a testimonial of our increasingly depraved age of disconnection and disposability. A remarkable, indelible work of art.

Written with pain and enormous skill, in a rhythm at once tearing and hypnotic, Hurricane Season is an account of the wreckage of a forsaken Mexico governed by nightmarish jungle law. An important, brave novel by a writer of extraordinary talent, magnificently translated by Sophie Hughes.

Propelled by a violent lyricism and stunning immediacy, Hurricane Season maps out a landscape in which social corrosion acquires a mythical shape. This masterful portrayal of contemporary Mexico, so vertiginous and bewitching it pulls you into its spiritual abyss from the opening page, is brilliantly rendered into English by Sophie Hughes. Fernanda Melchor is a remarkable talent.

Brutal, relentless, beautiful, fugal, Hurricane Season explores the violent mythologies of one Mexican village and reveals how they touch the global circuitry of capitalist greed. This is an inquiry into the sexual terrorism and terror of broken men. This is a work of both mystery and critique. Most recent fiction seems anemic by comparison.

Melchor’s English-language debut is a furious vortex of voices that swirl around a murder in a provincial Mexican town. Forceful, frenzied, violent, and uncompromising, Melchor’s depiction of a town ogling its own destruction is a powder keg that ignites on the first page and sustains its intense, explosive heat until its final sentence.

Fernanda Melchor has a powerful voice, and by powerful I mean unsparing, devastating, the voice of someone who writes with rage, and has the skill to pull it off.

Melchor wields a sentence like a saber. She never flinches in the bold, precise strokes of Hurricane Season. In prose as precise and breathtaking as it is unsettling, Melchor has crafted an unprecedented novel about femicide in Mexico and how poverty and extreme power imbalances lead to violence everywhere.

—Idra Novey, Author of Those Who Knew

Fernanda Melchor not only writes with the furious power that is required by the issues at hand, but on each page she shows that she has an eye and ear for it, as well as a sharpness rarely seen in our literature.

—Yuri Herrera
Keep up to date with New Directions
Follow us