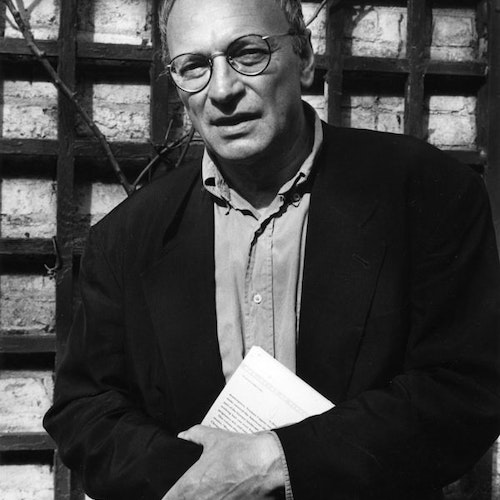 The Invention of Curried Sausage

Uwe Timm was born in Hamburg, Germany in 1940. After primary school he apprenticed as a furrier before attending college. He studied philosophy and German philology in Munich and Paris with a dissertation on the “Problem of Absurdities.” He received his PhD in 1971 and was a co-founder and editor of AutorenEdition from 1972 to 1982. Timm served as a writer-in-residence at University of Warwick, Swansea, and Washington University in St. Louis. His writing has been incredibly well-received and among his awards are the Munich Literary Prize, the Literature Prize of the Bavarian Academy for Fine Arts, the Schubart Literary Prize, and the Heinrich Böll Prize. Timm is one of the most successful contemporary authors in Germany and his books The Invention of Curried Sausage and In My Brother’s Shadow are often included on the syllabi of German schools. His writing often centers around history, politics, and colonialism and his works have been translated into nineteen languages. Through his writing style Timm tries to imitate the way that stories are told orally. Timm has also written children’s books and his story Rudy, the Racing Pig was turned into a movie. Today he lives in Munich and Berlin. 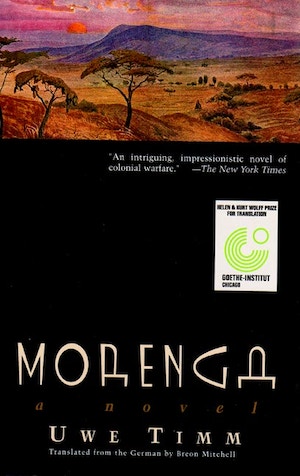 A gripping historical novel about colonial power and tribal rebellion, set in German-occupied Southwest Africa. Uwe Timm (Headhunter, The Invention of Curried Sausage) has been described in The New Yorker as “an extraordinary storyteller.” In this early novel, he focuses his narrative talents on the historical conflict between German colonists and African tribes under the leadership of the legendary Morenga in the first decade of the 20th century. A daring and brilliant military tactician, Morenga was fluent in several languages and by all reports a man of compassion, intelligence, and integrity, as he led his people towards freedom.…
More Information
Your Independent Bookstore Barnes & Noble Amazon 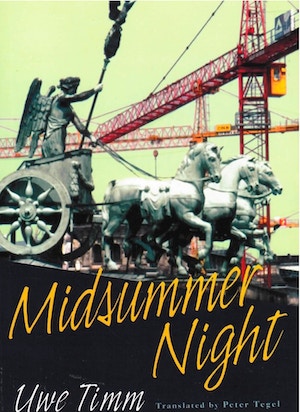 If this, Uwe Timm’s enchanting novel, were a cautionary tale, the tag line would go something like this: Should you plan to be in Berlin on Midsummer Night, the time of the summer solstice – Watch Out! The narrator of Timm’s story is a writer who simply can’t get started on his next book. So he accepts a commission to write an article about potatoes. He has some interest in the subject because of an uncle who could, remarkably, from taste alone, differentiate one species of potato from another.…
More Information
Your Independent Bookstore Barnes & Noble Amazon 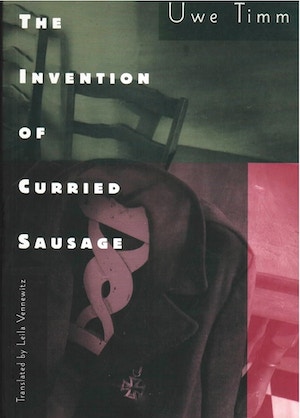 The Invention of Curried Sausage

A bestseller in Germany, The Invention of Curried Sausage was tagged a “novella” in the original sense of the word––”a little piece of news.” This news is what author/narrator Timm uncovers about a popular German sidewalk food, curried sausage. Convinced it originated not in Berlin in the fifties as generally supposed, but much earlier in his native Hamburg, Timm tracks down Lena Brücker, now living in a retirement home there. And, yes, curried sausage was her invention but it’s a long story, one cajoled from her during a number of tea-time visits.…
More Information
Your Independent Bookstore Barnes & Noble Amazon 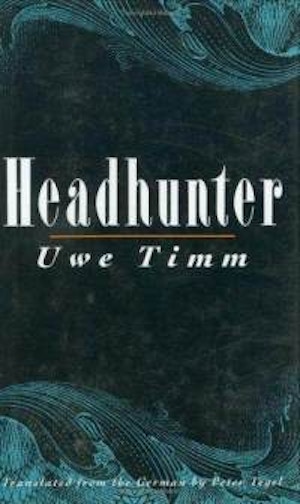 The first thing to be said about Uwe Timm’s novel Headhunter, as every one of the many outstanding reviews on its publication in Germany noted, is that it is a thoroughly engrossing book - “gripping and entertaining from beginning to end” (FAZ). The second thing is that Timm, with a wonderfully light and precise touch, has created a multi-layered, multi-faceted book that addresses the times we live in and, most particularly, the role of money and the financial cannibalism of recent years.…
More Information
Your Independent Bookstore Barnes & Noble Amazon

A small, perfect feast: full of life, heart, spirit, and laughter, all seasoned delicately with sorrow and hope.

An important early work in the career of one of the best living German writers.