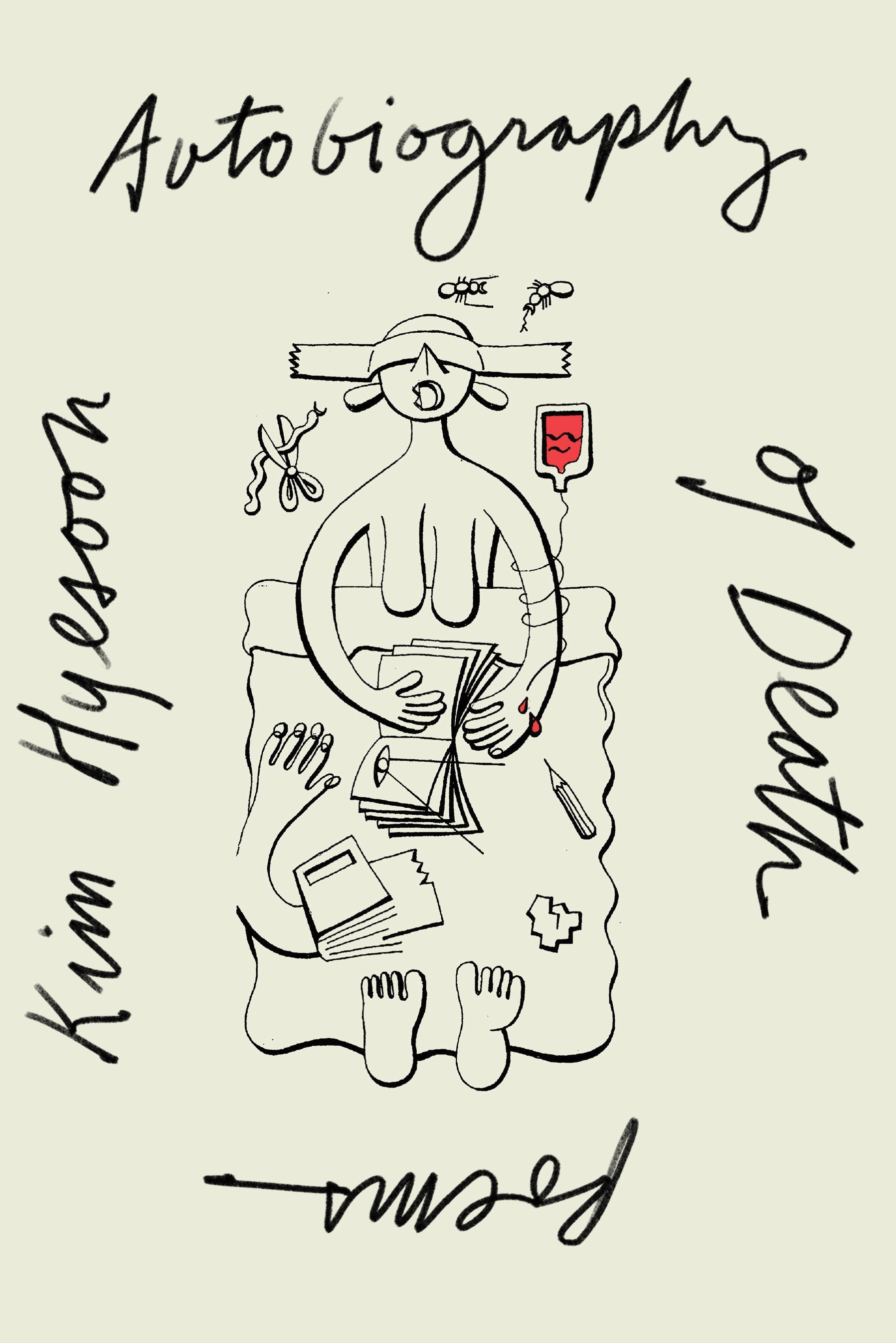 Questions of the agency and effects of death, in both individual and mass tragedies, are central to this extraordinary collective elegy from Kim…This is Choi’s sixth masterly translation of Kim, and it fully reveals the startling architecture Kim develops to display structural horrors, individual loss, and the links between them.

The title section of Kim Hyesoon’s powerful new book, Autobiography of Death, consists of forty-nine poems, each poem representing a single day during which the spirit roams after death before it enters the cycle of reincarnation. The poems not only give voice to those who met unjust deaths during Korea’s violent contemporary history, but also unveil what Kim calls “the structure of death, that we remain living in.” Autobiography of Death, Kim’s most compelling work to date, at once reenacts trauma and narrates death—how we die and how we survive within this cyclical structure. In this sea of mirrors, the plural “you” speaks as a body of multitudes that has been beaten, bombed, and buried many times over by history. The volume concludes on the other side of the mirror with “Face of Rhythm,” a poem about individual pain, illness, and meditation.

Questions of the agency and effects of death, in both individual and mass tragedies, are central to this extraordinary collective elegy from Kim…This is Choi’s sixth masterly translation of Kim, and it fully reveals the startling architecture Kim develops to display structural horrors, individual loss, and the links between them.

In the grievous wake of the Sewol Ferry incident of 2014, the Korean poet Kim Hyesoon composed a cycle of forty-nine poems—one for each day the dead must await reincarnation—to produce a harrowing work of shock, outrage, and veneration for the children lost to this disaster. Through Don Mee Choi's extraordinary translations, we hear the clamorous registers of Hyesoon's art—a transnational collision of shamanism, Modernism, and feminism—yield ‘a low note no one has ever sung before.’ That otherworldly tone may sound like life itself, the poet sings, ‘for even death can't enter this deep inside me.’

Living through the military dictatorships and uprisings of South Korea’s post-war period, and writing from a present marked by continued corruption among society’s highest ranks, Kim Hyesoon’s Autobiography of Death addresses and gives voice to the swirling and incalculable mass of those whose lives were ended unjustly.

By being ‘of’ and not ‘about’ death, Autobiography of Death recognizes both individual and collective involvement in the structure of death—unable to unstick itself from the structure of power.

In forty-nine poems, each representing a day, Kim captures death’s cycle between life and reincarnation: pages filled with wings and shadows, female laughter and weeping, bloody rabbits and dead mothers.

The limits of creativity here are so wide that very quickly we find we've fallen through the holes old wars blew open, into something like the endless dreams of millions dead.

Kim is a singular poet in Korea, just as she is in America, but we can only fully appreciate this when we see that, for her, violence is not the end but a means.

The birdlike Kim weaves a pattern of poems, so strangely compelling and curious, and utterly unlike anything I had heard before.

—Sasha Dugdale
Keep up to date with New Directions
Follow us