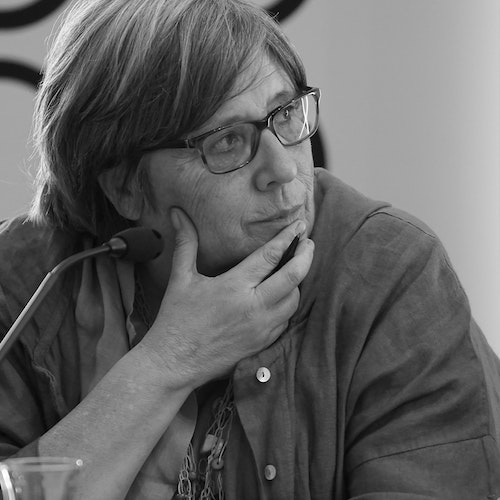 What's in a Name

ANA LUÍSA AMARAL was born in Lisbon, in 1956, and lives in Leça da Palmeira. She has written poetry, plays, children’s books, books of essays and a novel. She has translated poets such as Emily Dickinson, John Updike or William Shakespeare. Her books have been published in several countries, such as the United Kingdom, Sweden, Spain, Italy, France, The Netherlands, Brazil, Colombia, Venezuela, Mexico or the United States. Theatre plays have been based around her poetry and her books for children. She has received various prizes and awards, among them the Premio Correntes d’Escritas/Casino da Póvoa, the Grande Prémio de Poesia APE (Portuguese Association of Writers), the Giuseppe Acerbi Literary Award, the Premio Internazionale Fondazione Roma, or the PEN Prize for Fiction. Her name has twice been put forward for the Premio Reina Sofia. She taught for many years at the University of Porto, from which she received her Ph.D. on Emily Dickinson, and where her academic research centred around Comparative Poetics, Feminist Studies and Queer Theory. She has also coordinated several international projects. She is on the board of the Institute for Comparative Literature Margarida Losa, where she coordinates the research strand “Intersexualities”. She has edited several academic books, such as New Portuguese Letters to the World (Peter Lang, 2015). She currently co-hosts a weekly radio program on national radio on poetry, O som que os versos fazem ao abrir. In 2019, a book of essays on her work, entitled Beauty and Resistance in the Poetry of Ana Luísa Amaral, will be published in the UK (ed. Claire Williams). 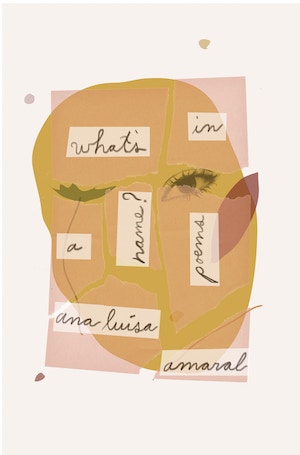 What's in a Name

With the elliptical looping of a butterfly alighting on one’s sleeve, the poems of Ana Luísa Amaral arrive as small hypnotic miracles. Spare and beautiful in a way reminiscent both of Szymborska and of Emily Dickinson (it comes as no surprise that Amaral is the leading Portuguese translator of Dickinson), these poems—in Margaret Jull Costa’s gorgeous English versions—seamlessly interweave the everyday with the dreamlike and ask “What’s in a name?”…
More Information
Your Independent Bookstore Barnes & Noble Amazon

Here is a lucid, forthright poet charmed by the paradoxes of each poem, by the tiny gestures and traces of life faceted within each poem, and by the vocation of poetry itself.

Ana Luísa Amaral insists upon a reflection on art as an intensely human act. Her poetics is inextricably enmeshed with ethics.

Ana Luísa Amaral's poems read as intimate conversations between the poet and reader, in either the early hours of morning or the late hours of night, where small, everyday moments quickly spiral into great cultural, historical, and even cosmic significance. Brilliant.