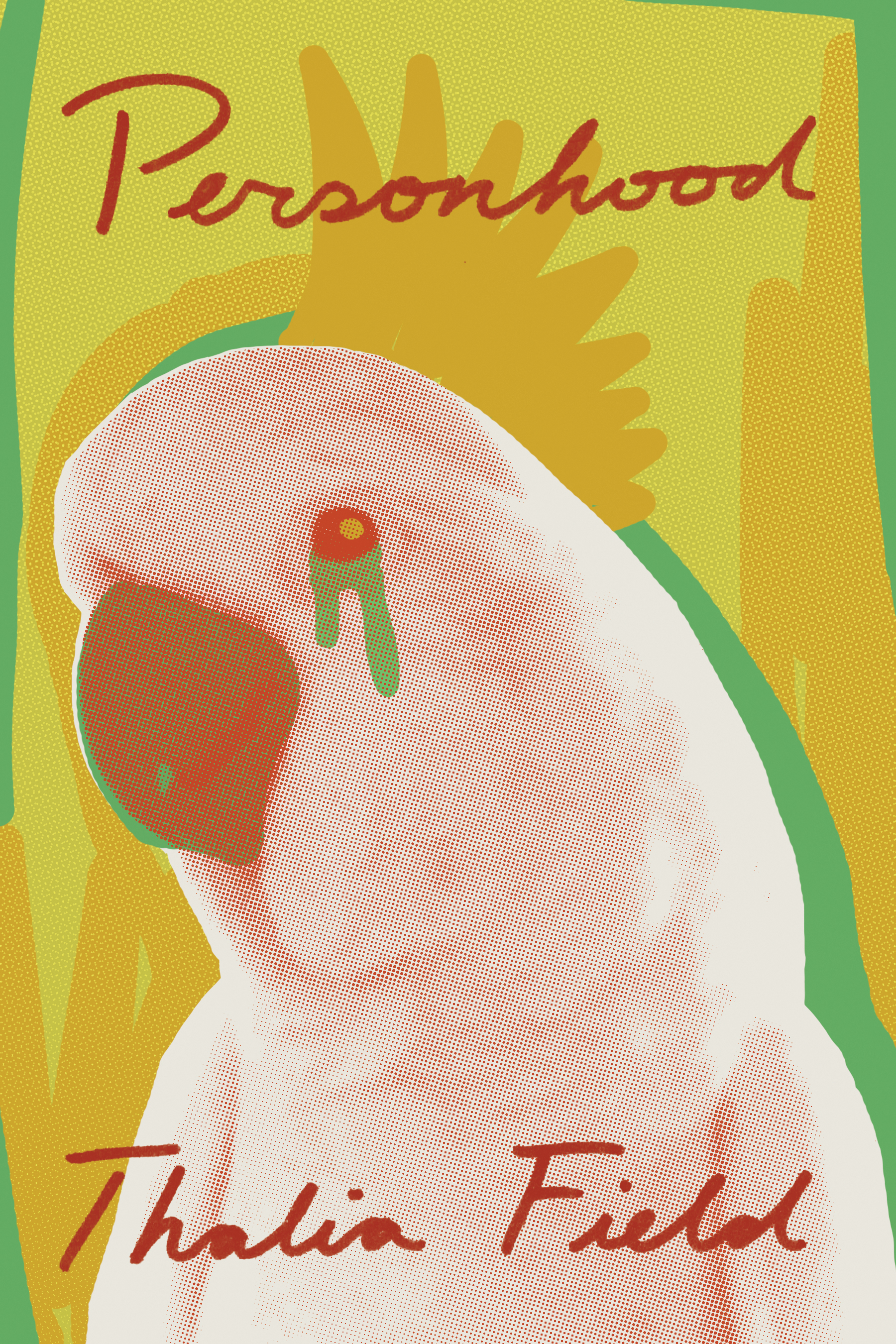 JOIN US on Crowdcast as we virtually welcome Thalia Field and her newest novel PERSONHOOD (New Directions, May 2021) and her in-conversation guest, author Karan Mahajan (THE ASSOCIATION OF SMALL BOMBS, Penguin Books, Oct. 2016)

Field will read from her latest work, followed by a craft conversation with Mahajan and a Q&A portion with you!

REGISTER FOR THE EVENT HERE: http://crowdcast.io/e/field-mahajan

Whether investigating refugee parrots, indentured elephants, the pathetic fallacy, or the revolving absurdity of the human role in the “invasive species crisis,” Personhood reveals how the unmistakable problem between humans and our nonhuman relatives is too often the derangement of our narratives and the resulting lack of situational awareness. Building on her previous collection, Bird Lovers, Backyard, Thalia Field’s essayistic investigations invite us on a humorous, heartbroken journey into how people attempt to control the fragile complexities of a shared planet. The lived experiences of animals, and other historical actors, provide unique literary-ecological responses to the exigencies of injustice and to our delusions of special status.

Personhood is Thalia Field’s fourth collection with New Directions Press, and follows Bird Lovers, Backyard as an exploration of animal-human relations in narrative and language. Inquiry into our shared animal history also drives her novel Experimental Animals: A Reality Fiction (Solid Objects) about the origins of animal experimentation in 19th century Paris, and the activists who tried to stop it. Other books include Leave to Remain: Legends of Janus (Dalkey Archive) and A Prank of Georges (Essay Press), collaborations with French author and translator, Abigail Lang. Thalia is the Adele Kellenberg Seaver Professor of Creative Writing at Brown University, where she mostly engages students in radically interdisciplinary approaches to artistic and creative social practice.

Karan Mahajan is the author of Family Planning, a finalist for the International Dylan Thomas Prize, and The Association of Small Bombs, which was shortlisted for the 2016 National Book Award, won the 2017 Young Lions Fiction Award from the NYPL, and was named one of the New York Times Book Review’s “10 Best Books of 2016.” In 2017, he was selected as one of Granta’s Best Young American Novelists. His reporting and criticism have appeared in the New York Times, Vanity Fair, The New Republic, The New Yorker Online, and other venues. He is an assistant professor at Brown University.