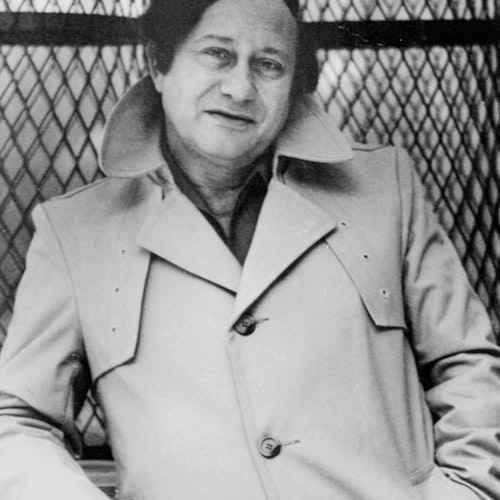 A Fifth of November

Paul West was born in 1930 in England, and educated at Oxford and Columbia Universities. He has written poetry, essays, literary criticism, and memoirs and has published fifty books in all—twenty-four of which are novels. West’s writing can be found in AGNI, The Yale Review, Harper’s, and Conjunctions. He once said, “Literature is here to disturb us and make us more aware,” and his writing often seems to focus on a character’s inadequacies. Whether it’s a failed relationship, abuse, or societal inadequacy. West has taught at Brown, Cornell, and Arizona and his honors include a 1993 Lannan Prize for Fiction, an Award in Literature from the American Academy and Institute of Arts and Letters, three Pushcart Prizes, and a Guggenheim Fellowship. In 1996 the French government made him a Chevalier of the Order of Arts and Letters. He has lived in the U.S. since 1957, and is married to Diane Ackerman, a writer, poet, and naturalist. In 2003 he had a massive stroke that left him with aphasia, and despite this he has since published three books. He presently resides in Ithaca, NY. 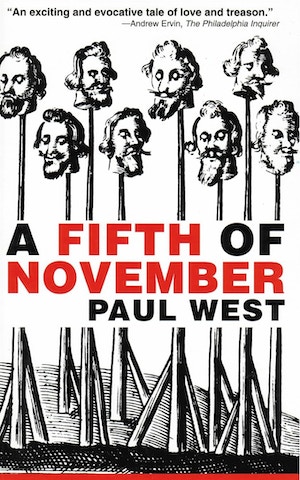 A Fifth of November

In A Fifth of November, Paul West creates a mesmerizing tale with the events surrounding the English Gunpowder Plot (1605). Instigated by thirteen Catholic conspirators, most famously Guy Fawkes, the Plot was a failed attempt to blow up the English Parliament and King James I. At the heart of West’s novel are the trials of Father Henry Garnet, superior of the English Jesuits, who is hidden from the king’s henchmen behind the walls of English mansions.…
More Information
Your Independent Bookstore Barnes & Noble Amazon 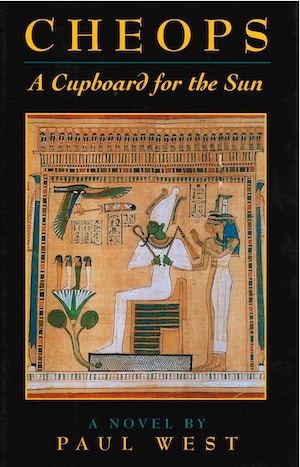 Known for wrapping readers in his historical web, Paul West, in his marvelous new novel Cheops: A Cupboard for the Sun, turns his attention to the 4th Dynasty (approx. 2680 BC) of ancient Egypt. Here, we find the pharaoh Cheops, building the great pyramids at Giza, surrounded by workers and solar boats. According to the Greek historian Herodotus, “a hundred thousand men were made to toil constantly for him,” and, as Herodotus claimed, Egypt was “plunged into all manner of wickedness.…
More Information
Your Independent Bookstore Barnes & Noble Amazon 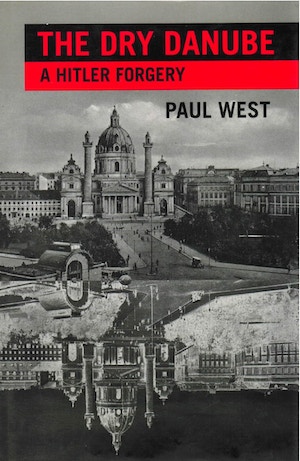 The Dry Danube––Paul West’s nineteenth novel––presents Hitler’s “memoir” of the years he spent as a failed art student in Vienna, just before World War One. Each of the book’s four parts is a solid raving block of barbaric flourishes, free of paragraphing in its headlong rush of disgorged spleen. Dazzling and daring, caustic and ironic, The Dry Danube is a plunge into what cannot, ordinarily, be articulated. However, as Joseph McElroy noted of Paul West, “There seems to be nothing that he cannot and will not imagine––nothing human that his compassionate interest can’t find its own hilarious and surprising way into, no mode of feeling he can’t find the original language for.…
More Information
Your Independent Bookstore Barnes & Noble Amazon

The rest of us will despair of ever being able to write prose so immaculate as that of Paul West.