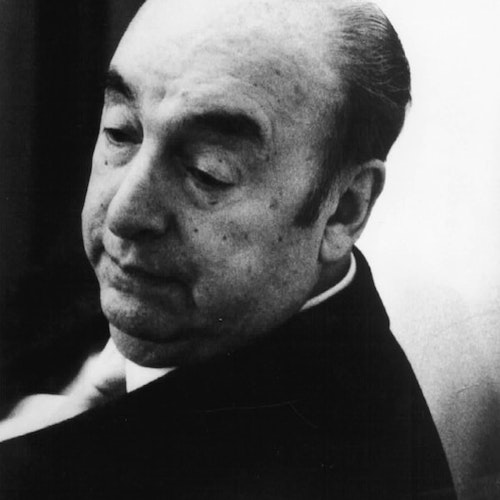 Pablo Neruda, poet and diplomat, was born July 12, 1904, In Parral, Chile, the son of a railroad worker. He attended local schools in Temuco and the Instituto Pedagogica in Santiago. In 1955, he married Matilde Urrutia to whom the love poetry of The Captain’s Verses is addressed. He died in 1973, at the age of 69. Neruda’s political career was turbulent. From 1927 to 1944 he served as Chilean consul variously in Rangoon, Colombo, Batavia, Buenos Aires, Siam, Cambodia, Anam, Madrid, and Mexico City. In 1945, he was elected to the Senate as a Communist but, after writing a series of letters hostile to then President Videla, was forced to flee to Mexico. From there he traveled to Italy, France, Russia, and China. In 1959, he shared the World Peace Prize with Paul Robeson and Pablo Picasso in Moscow. He returned to Chile in 1952 after the victory of anti-Videla forces and was awarded the Stalin Prize the following year. For several years, Neruda lived in Paris where he served as Chile’s ambassador to France. Neruda’s poetic career has been equally distinguished. Since the appearance of Le Cancion de la Fiesta in 1921, he wrote over sixty volumes of poetry, among them, Residence on Earth and Other Poems, originally published in English by New Directions in 1946, and republished in 1973. His work, at once personal, national and universal, won for him not only the National Prize for Literature, Chile’s highest literary award, but also the 1971 Nobel Prize for Literature. His poetry has been translated into more than twenty languages including Esperanto. 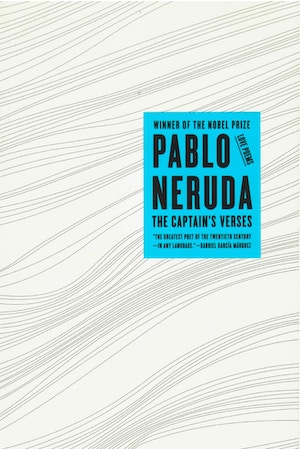 Neruda finished writing The Captain’s Verses in 1952 while in exile on the island of Capri — the paradisal setting (islands of Procida and Salina) of the Academy-Award-winning film Il Postino. Surrounded by the natural splendor of Capri, Neruda addressed these poems of love, ecstasy, devotion, and fury to his lover, Matilda Urrutia. Later the same year, Neruda published The Captain’s Verses anonymously in an edition of fifty copies, fourteen years before he and Matilde legally married.…
More Information
Your Independent Bookstore Barnes & Noble Amazon 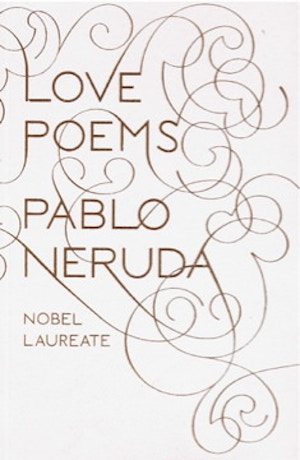 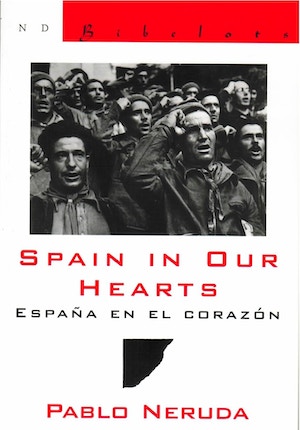 In 1936, Pablo Neruda was Chile’s consul in Madrid, and so horrified by the civil war and the murder of his friend, Federico García Lorca, that he started writing what became his most politically passionate series of poems, Spain in Our Hearts. The collection was printed by soldiers on the front lines of the war, and later incorporated into the third volume of Neruda’s revolutionary collection, Residence on Earth. This bilingual New Directions Bibelot edition presents Spain in Our Hearts as a single book as it was first published, a tribute to Neruda’s everlasting spirit.…
More Information
Your Independent Bookstore Barnes & Noble Amazon 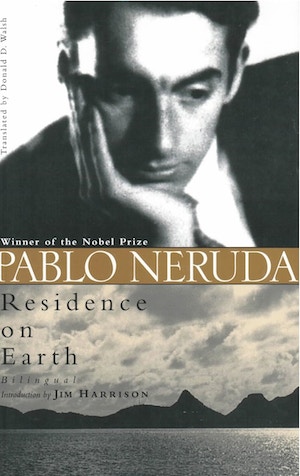 Residence on Earth (Residencia en la tierra) is widely regarded as Pablo Neruda’s most influential work, a tempestuous ocean that became “a revolution…a classic by which masterpieces are judged” (Review). “In Residence on Earth,” wrote Amado Alonso, “the tornado of fury will no longer pass without lingering, because it will be identified with Neruda’s heart.” Written in the span of two decades (1925-1945), beginning when Neruda was twenty-one, Residence on Earth was originally published in Spanish in three successive volumes (1933 1935, 1947), all available in this definitive bilingual edition.…
More Information
Your Independent Bookstore Barnes & Noble Amazon 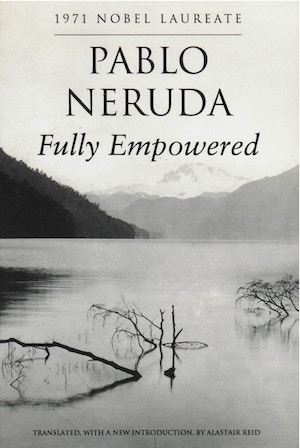 Widely held as one of the most profoundly influential of Latin-American writers, Nobel Prize winner Pablo Neruda regarded this collection, Fully Empowered, as a particular favorite. These poems, which came out of a most fruitful period of his life, claim a place in any selection of Neruda’s greatest work. “The People” (El Pueblo), about the state of the workingman in Chile’s past and present, is the most celebrated of his later poems.…
More Information
Your Independent Bookstore Barnes & Noble Amazon

It is hard not to be swept away by the urgency of his language, and that’s especially so when he seems swept away.

It is difficult to find an analogue for the sustained passion and gentleness communicated in this absolutely stunning apotheosis of poetry of sexual love.

I know that one day we will go back to Isla Negra, that Pablo’s people will enter through that door and will find in every stone, in every leaf, in every seagull’s cry, the always-living poetry of that man who loved them so much.

One of the greatest major poets of the twentieth century.