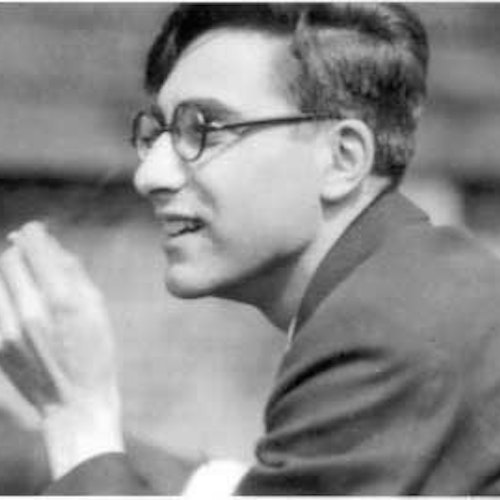 Louis Zukofsky was born in 1904 on Manhattan’s Lower East Side, the child of immigrant Jews. He attended Columbia University as part of the brilliant generation of Meyer Schapiro, Lionel Trilling, Clifton Fadiman, and Whittaker Chambers, who was his close friend. In the late 1920s and 1930s he involved himself with Leftist politics, but at the same time was making his name as a modernist poet. His first significant work, “Poem beginning ‘The’” (1926), a mordant riposte to T. S. Eliot’s The Waste Land from the perspective of a Marxist American Jew, brought him to the attention of Ezra Pound, who introduced him to William Carlos Williams, with whom Zukofsky would enjoy a longstanding, close friendship—one of the central artistic relationships of Williams’s life.

In 1930–31, Zukofsky spearheaded the “Objectivist” movement, a short-lived conjunction of poets—among them Williams, Kenneth Rexroth, George Oppen, and Charles Reznikoff—that only much later would be recognized as one of the first and most significant American poetic avant-gardes of the twentieth century. In 1928 he had begun a long poem, “A”, that would occupy him for almost half a century. While “A” starts out in a very Poundian mode, its later sections are increasingly devoted to complex and compelling formal experiments. Throughout, it remains as Zukofsky called it “a poem of a life”: that is, “A” can be read as a half-century of American history as refracted through the sensibility of a single stubborn, sensitive poet, constantly alive to the events around him and their interplay with the history that has come before. Even as he was writing “A”, Zukofsky continued to produce collections of short poems, as well as translations (most notably of Catullus) and critical prose; his massive Bottom: on Shakespeare (1963) is an encyclopedic, unclassifiable work.

From 1947 to 1965 Zukofsky taught at Brooklyn Polytechnic Institute; after his retirement he moved to Port Jefferson, Long Island. He was married to Celia Thaew, and their son is the prominent violinist and conductor Paul Zukofsky. Zukofsky worked in some obscurity for much of his career—he did not see one of his books published by a major trade house until he was sixty years old—he was constantly experimenting, pushing the idiom of modern poetry into new territory. By the early 1960s, when he was once again emerging into the public eye, his work was acknowledged as a major influence by many of the poets associated with the “new American poetry”—Creeley, Duncan, Ginsberg, Robert Kelly, Cid Corman—and his work was receiving attention from a number of critics, among them Hugh Kenner, Guy Davenport, and Donald Davie. When Zukofsky died in 1978, with most of his short poems in print and a single-volume edition of “A” in print, he was already a central figure to the burgeoning avant-garde movements on the East and West Coasts that would come to be known as “Language Poetry.” 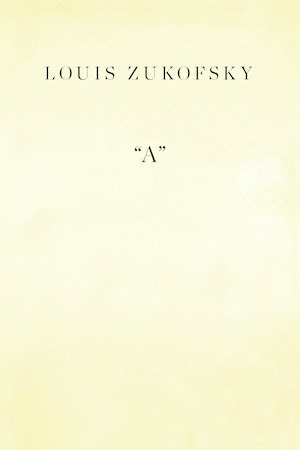 At long last, here is the whole of Louis Zukofsky’s epic masterpiece “A” back in print with misprints corrected and a new, fresh introduction by the noted scholar Barry Ahearn. No other poem in the English language is filled with as much daily love, light, intellect, and music. As William Carlos Williams once wrote of Zukofsky’s poetry, “I hear a new music of verse stretching out into the future.”
More Information
Your Independent Bookstore Barnes & Noble Amazon 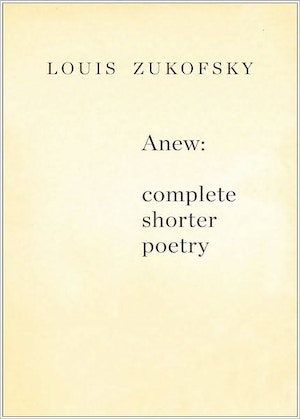 Here is the complete music-filled arc of Louis Zukofsky’s shorter verse collected in one volume: lyrical love poems written to his wife Celia and son Paul; the groundbreaking “Poem Beginning ’The’,” which sends up ’The Waste Land’ and its cultural vision in a cloud of bricolage, a hilarious pastiche of quotes, canon and kitsch, high and low hopelessly intertwined” (Michael Palmer); the boisterous, riotous translations of Catallus; spare, brilliant nature poems as if written by an ancient hokku master; his genius “’Mantis’” sestina; the enigmatic, spiraling, and beautiful last poems, “80 Flowers.…
More Information
Your Independent Bookstore Barnes & Noble Amazon
< Natasha Wimmer Lionel Trilling >
Keep up to date with New Directions
Follow us