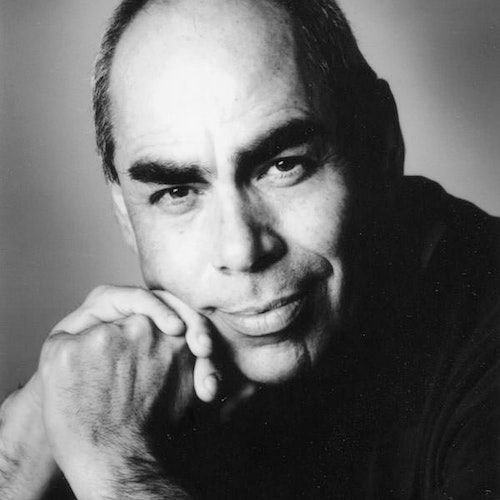 Spring Poems Along The Rio Grande

Winter Poems Along The Rio Grande

Immigrants In Our Own Land

Martin And Meditations On The South Valley

Jimmy Santiago Baca was born in New Mexico in 1952. He was raised by his grandparents but later lived in an orphanage until running away at eleven years old. Then, after living on the streets for nine years, he was convicted of drug possession with intent to sell. It was while in jail that he taught himself to read and write. Once released from jail, Baca went on to write poetry, stories, screen plays, and to lecture around the country. He has a PhD in Literature from the University of New Mexico and is the recipient many awards, including a 1986 NEA Literary Fellowship, the 1987 Vogelstein Foundation Award, and the 1988 Pushcart Prize. He lives in Albuquerque, New Mexico. 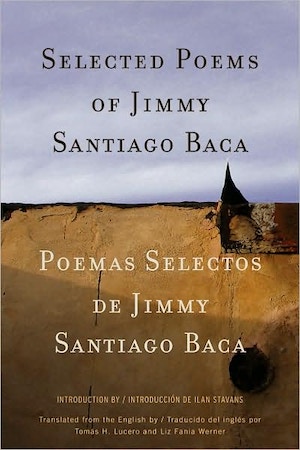 Champion of the International Poetry Slam, winner of the Before Columbus American Book Award, the International Hispanic Heritage Award, the Pushcart Prize, and the prestigious International Award, Jimmy Santiago Baca has been writing as a mestizo (part Native American, part Mexican) and an outsider ever since he learned to read and write — in English — during a six-year Federal prison sentence when he was in his twenties. Drawing on his rich ethnic heritage and his life growing up in poverty in the Southwestern United States, Baca has a created a body of work which speaks to the disenfranchised by drawing on his experiences as a prisoner, a father, a poet, and by reflecting on the lush, and sometimes stark, landscape of the Rio Grande valley.…
More Information
Your Independent Bookstore Barnes & Noble Amazon 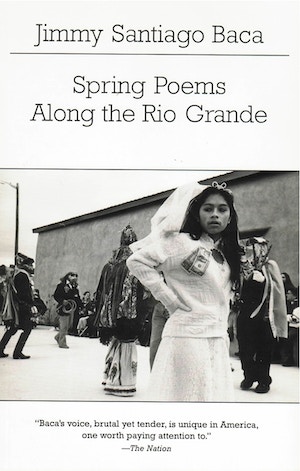 Spring Poems Along The Rio Grande

In Spring Poems Along the Rio Grande, Jimmy Santiago Baca continues his daily pilgrimage through the meadows, riverbanks, and bosques of the Rio Grande where winter dies, spring explodes, and inextricable links between the human spirit and the natural world are revealed–“the river and I see through each other’s skins / behind the eyes into the tunnels of water-bone and rushing marrow.” These poems expand upon those in Baca’s recent Winter Poems Along the Rio Grande – his visions of love and loss, poverty and renewal, redemption and war are reflected in the rocks, trees and animals of his beloved New Mexico.…
More Information
Your Independent Bookstore Barnes & Noble Amazon 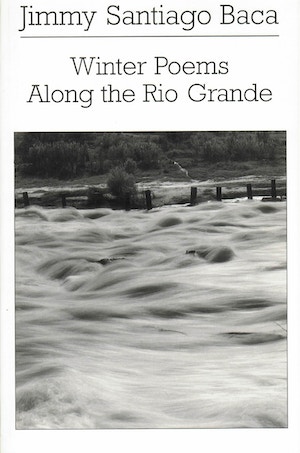 Winter Poems Along The Rio Grande

A romantic and a populist, Jimmy Santiago Baca celebrates nature and creativity in Winter Poems Along the Rio Grande. These poems form an expansive meditation on Baca’s spiritual life, punctuated always with his feet––repeatedly, rhythmically––as he runs the boulder-strewn trails along the banks of the Rio Grande each morning and contemplates his old life, his new love, his homily and friends, those living and those dead, and where he prays to the Creator for the humility to become “more the river than myself.…
More Information
Your Independent Bookstore Barnes & Noble Amazon 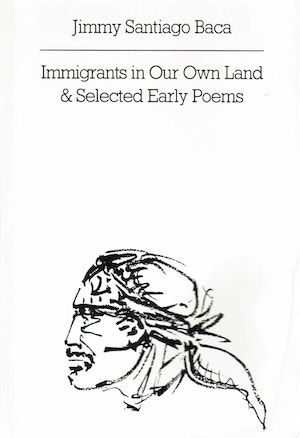 Immigrants In Our Own Land

Immigrants in Our Own Land & Selected Early Poems is a new, expanded edition of Jimmy Santiago Baca’s best-selling first book of poetry (originally published by Louisiana State University Press in 1979). A number of poems from early, now unavailable chapbooks have also been included so that the reader can at last have an overview of Baca’s remarkable literary development. The voice of Immigrants will be familiar to readers of the widely praised Martín & Meditations on the South Valley and Black Mesa Poems (New Directions, 1987 and 1989), but the territory may not be.…
More Information
Your Independent Bookstore Barnes & Noble Amazon 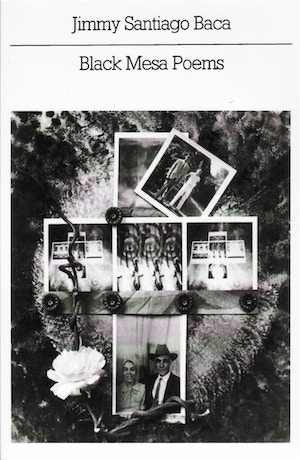 Black Mesa Poems is rooted in the American Southwest, the setting of Jimmy Santiago Baca’s highly acclaimed long narrative poem, Martin & Meditations on the South Valley (New Directions, 1987). “Baca’s evocation of this landscape,” as City Paper noted, “its aridity and fertility, is nothing short of brilliant.” The individual poems of Black Mesa are embedded both in the family and in the community life of the barrio, detailing births and deaths, neighbors and seasons, injustices and victories.…
More Information
Your Independent Bookstore Barnes & Noble Amazon 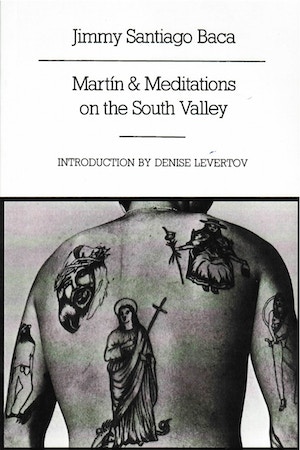 Martin And Meditations On The South Valley

Fiercely moving, the two long narrative poems of Martín & Meditations on the South Valley revolve around the semi-autobiographical figure of Martin, a mestizo or “detribalized Apache.” Abandoned as a child and a long time on the hard path to building his own family, Martin at last finds his home in the stubborn and beautiful world of the barrio. Jimmy Santiago Baca “writes with unconcealed passion,” Denise Levertov states in her introduction, “but he is far from being a naive realist; what makes his writing so exciting to me is the way in which it manifests both an intense lyricism and that transformative vision which perceives the mythic and archetypal significance of life-events.…
More Information
Your Independent Bookstore Barnes & Noble Amazon

Baca writes with unconcealed passion and manifests both an intense lyricism and that transformative vision which perceives the mythical and archetypal significance of life events.

Exceptional for its honesty, introspection, accessibility, and verbal adroitness.