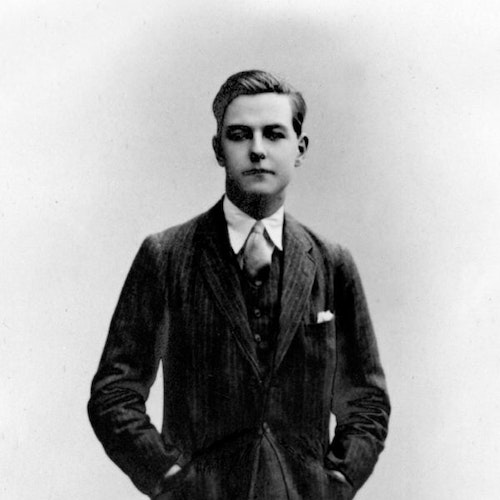 Green was born near Tewkesbury, Gloucestershire, into an educated family with successful business interests. Green grew up in Gloucestershire and attended Eton College, where he became friends with fellow pupil Anthony Powell and wrote most of his first novel, Blindness. He studied at Oxford University and there began a friendship and literary rivalry with Evelyn Waugh.

Green left Oxford in 1926 without taking a degree and returned to Birmingham to engage in his family business. He started by working with the ordinary workers on the factory floor of his family’s factory, which produced beer-bottling machines, and later became the managing director there. During this time he gained the experience to write Living, his second novel, which was written during 1927 and 1928. In 1929 he married his second cousin, the Hon. Adelaide Biddulph, also known as ’Dig’. Their son Sebastian was born in 1934. In 1940, Green published Pack My Bag, which he regarded as a nearly-accurate autobiography. During World War II he served as a fireman in the Auxiliary Fire Service and these wartime experiences are echoed in his novels Caught and Back. In 1945 he published Loving, largely considered to be his most famous work, and listed in TIME’s “100 Best English-language Novels from 1923 to 2005.”

Green’s novels are often described as being, along with those of Virginia Woolf, among the most important works of English modernist literature. In his later years, he became increasingly focused on studies of the Ottoman Empire. He stopped his writing career in 1952, after releasing nine novels and a memoir. In 1993, Surviving, a collection of previously unpublished works, was released, edited by his grandson Matthew Yorke and published by Viking Press. 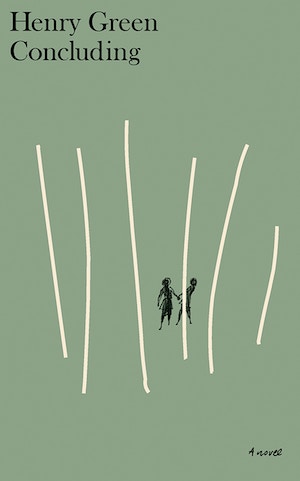 Concluding—set in a single summer day—has at its heart old Mr. Rock, a famous retired scientist: he lives in a cottage on the grounds of a girl’s boarding school. Living with him is Elizabeth, his somewhat unstrung granddaughter; his white cat; his white goose; and Daisy, his white pig. Miss Edge and Miss Baker—the two inseparable spinster harpies who run the school—scheme to dislodge him from the cottage. Concluding opens with the discovery that two of the schoolgirls have vanished in the night: searching, eavesdropping, worrying, jostling, and giggling all ensue.…
More Information
Your Independent Bookstore Barnes & Noble Amazon 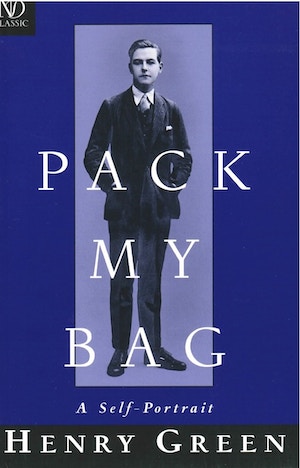 In 1938 Henry Green, then thirty-three, dreaded the coming war and decided to “put down what comes to mind before one is killed.” Pack My Bag was published in England in 1940. When he wrote it, Green had already published three of his nine novels, and his style––”a gathering web of insinuations”––was fully developed. Pack My Bag is a marvelously quirky, clear-eyed memoir: a mother who shot at mangle wurzels (turnips) bowled by servants across the lawn; the stately home packed with wounded World War I soldiers; the miseries of Eton, oddities of Oxford, and work in the family factory––the making of a brilliantly original novelist.…
More Information
Your Independent Bookstore Barnes & Noble Amazon

To devotees of Henry Green, it seems extraordinary that a writer who gives so much pleasure should remain so essentially neglected: the unstopping, tissueless sentences traveling without delay of punctuation – those sentences which seem to drop a stitch and unravel just as you thought you were sewing up their meaning.

Green’s remains the most interesting and vital imagination in English fiction in our time.