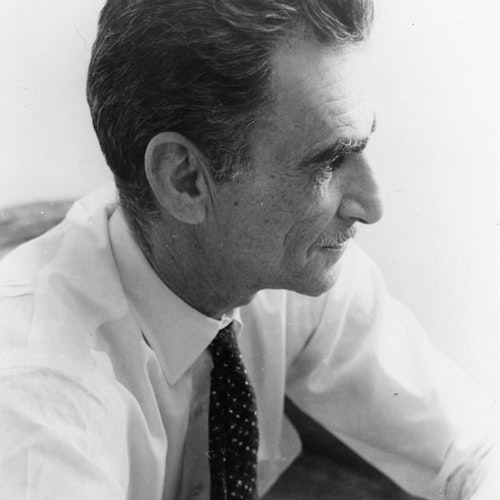 George Oppen (1908–1984) was born in New Rochelle, New York. He was best known as one of the members of the Objectivist group of poets. He abandoned poetry in the 1930s for political activism, and later moved to Mexico to avoid the attentions of the House Un-American Activities Committee. He returned to poetry—and to the United States—in 1958, and received a Pulitzer Prize for his work in 1969. 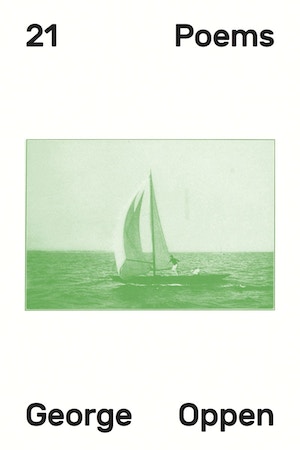 Edited by David B. Hobbs

The Objectivist Press published George Oppen’s first book, Discrete Series, in 1934. Four years earlier, the twenty-one-year-old poet had sent an unbound sheaf of typewritten poems with the title 21 Poems handwritten in pencil on the first page to Louis Zukofsky, who forwarded them on to Ezra Pound in Paris. These poems, suffused with Oppen’s love for his young bride Mary, as well as his love of sailing, are strikingly unique.…
More Information
Your Independent Bookstore Barnes & Noble Amazon 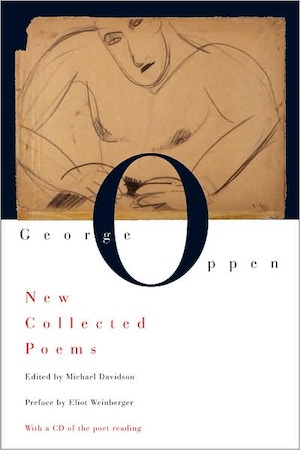 With a contribution by Michael Davidson Eliot Weinberger

George Oppen’s New Collected Poems gathers in one volume all of the poet’s books published in his lifetime (1908–84), as well as his previously uncollected poems and a selection of his unpublished work. Oppen, whose writing was championed by Ezra Pound when it was first published by The Objectivist Press in the 1930s, has become one of America’s most admired poets. In 1969 he won a Pulitzer Prize for his collection Of Being Numerous, which The New Yorker recently said is “unmatched by any book of American poetry since.…
More Information
Your Independent Bookstore Barnes & Noble Amazon 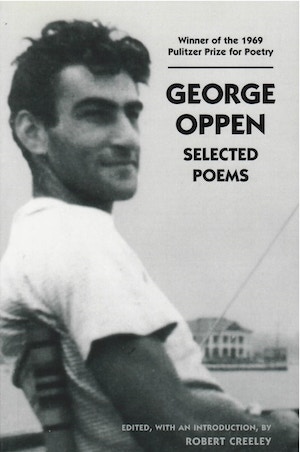 George Oppen’s Selected Poems offers a selection of Oppen’s poetry from all his books published during his lifetime. Hailed by Ezra Pound as “a serious craftsman,” long overlooked by the establishment, and now revered as one of America’s most important poets, George Oppen has left a remarkable window into a world of lasting light and clarity. The Selected Poems is edited by Robert Creeley, one of our most respected contemporary poets, who also provides an informative introduction.…
More Information
Your Independent Bookstore Barnes & Noble Amazon 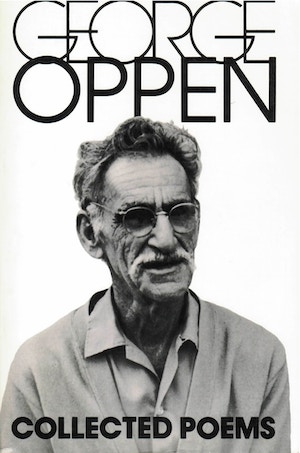 First published in 1975, and available now as a New Directions Paperbook, George Oppen’s Collected Poems brings together the work of one of our foremost contemporary poets, winner of the 1969 Pulitzer Prize. A member of the Objectivist school that flourished in the 1930s (which also included William Carlos Williams, Charles Reznikoff, Carl Rakosi, and Louis Zukofsky), he was hailed by Ezra Pound as “a serious craftsman, a sensibility which is not every man’s sensibility and which has not been got out of any other man’s books.…
More Information
Your Independent Bookstore Barnes & Noble Amazon

Oppen’s ways of working, and the poems they produced, show virtues no other poet can match.

Oppen’s respect for the act of making, no matter how small, is at every moment palpable, and it infuses his work with sweetness that makes difficulty feel like life’s reward.