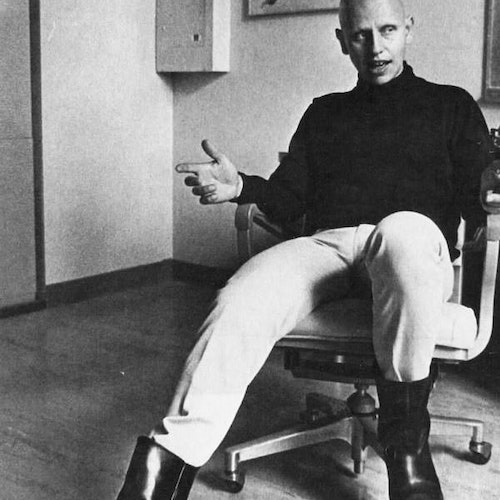 What It Means To Be Avant-Garde

Talking At The Boundaries

David Antin (1932- ) was born in New York City. After receiving his BA from City College of New York in 1955, he worked as an electronic engineer, and as a freelance translator and editor, mostly of scientific material. In 1964, he entered New York University for graduate studies in Linguistics. He later worked as a part-time curator for the Institute of Contemporary Arts in Boston. Antin’s prose and poetry began appearing in small magazines around 1957. In 1960, he received the Longview Award for Poetry and the Martha Foley citation for the “Most Distinctive Short Stories of the Year.” He was conferred the Creative Arts Institute Award from the University of California in 1972, and a Guggenheim Fellowship in 1976. 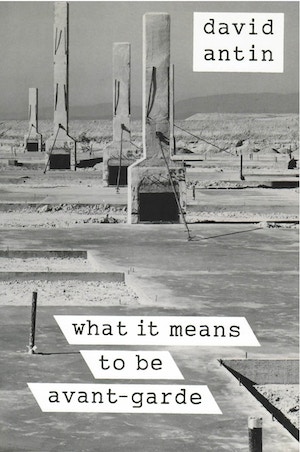 What It Means To Be Avant-Garde

what it means to be avant-garde is David Antin’s third collection of “talk poems” published by New Directions. As in his earlier talking at the boundaries (1976) and tuning (winner of the 1984 PEN/Los Angeles Literary Award for Poetry), Antin’s brilliant improvised disquisitions at once challenge readers’ expectations even as they instruct and entertain. A poet, performance artist, art critic, and professor of visual arts, Antin, since his college days in New York in the ’50s, has been at the cutting edge of the avant-garde.…
More Information
Your Independent Bookstore Barnes & Noble Amazon 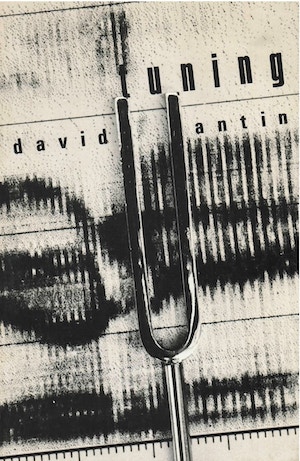 “I reject the idea of a sacred language,” the poet and art critic David Antin has said. “For me, poetry is a mental act, not work which will become the object of a specialized cult.” His own poems since the early 1970s have taken the shape of improvisatory talk performances before live audiences––narrative pieces often autobiographical and even fictional, but always with the critical and philosophical base that is the ground of his poetry.…
More Information
Your Independent Bookstore Barnes & Noble Amazon 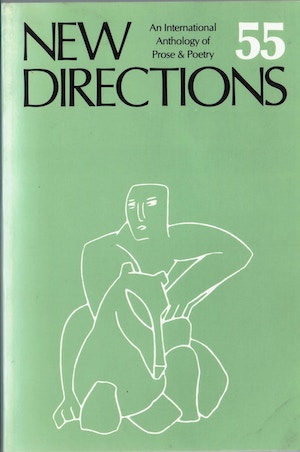 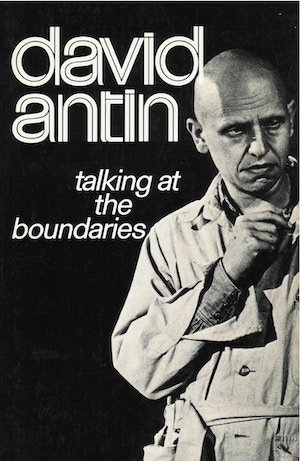 Talking At The Boundaries

For the last few years the poet and art critic David Antin has been performing spontaneous “talk poems,” eight of which have been brought together in Talking at the Boundaries. “I see my talking pieces,” says Antin, “as philosophical inquiries to which I try to bring the resources of language, not only my own language, but natural language in its natural setting, or one of its natural settings––talk. I’ve been a poet, critic, linguist, and engineer, and though this knowledge informs the book, it is not the work of a professional, of which there are by now too many that have proved too useless.…
More Information
Your Independent Bookstore Barnes & Noble Amazon

The wedding of mind and heart, of emotion and reality, which is tone: this is the triumph of an artist, like David Antin; a triumph which contravenes its author’s stated purpose.