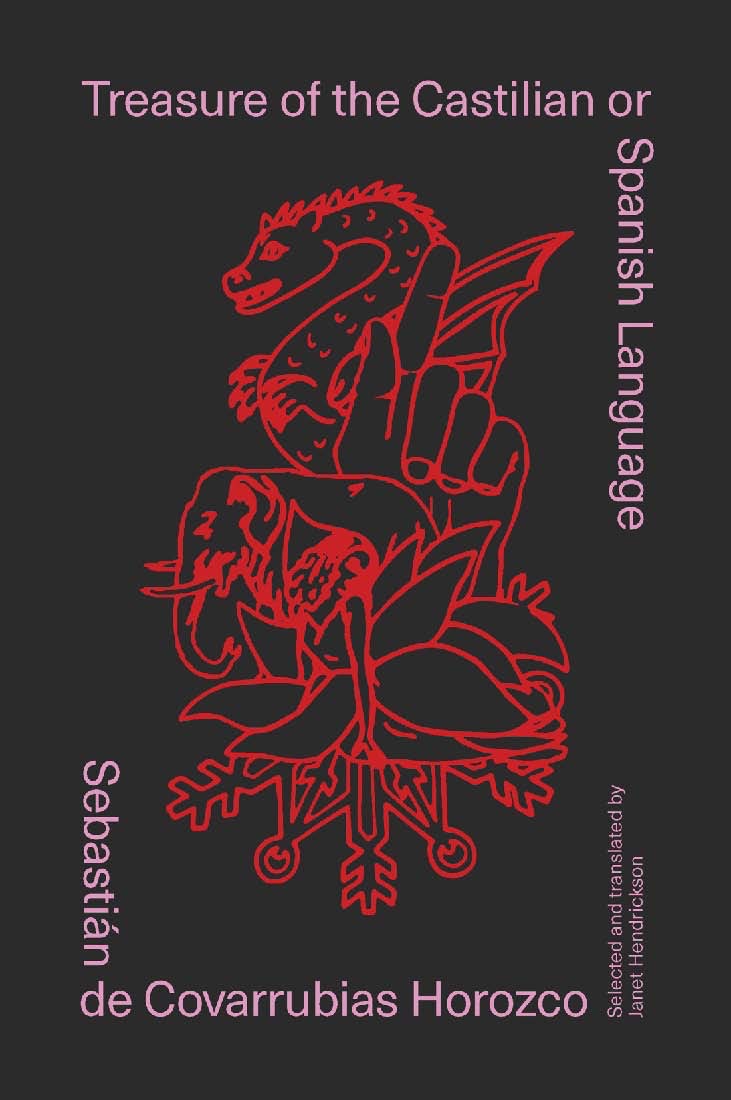 Treasure of the Castilian or Spanish Language

Sebastián de Covarrubias’s famous Treasure of the Castilian or Spanish Language was first published in 1611, only two years before the author’s death. A contemporary of Cervantes, learned in Hebrew and Arabic languages, Covarrubias wrote his encyclopedic dictionary to explore the heterogeneous origins of words and their hidden connections to the moral, transcendental, and everyday meanings of the world. Here, the translator Janet Hendrickson has dived deep into this influential, pre-Enlightenment text to cull a coherent, poetic selection of Covarrubias’s pioneering work.