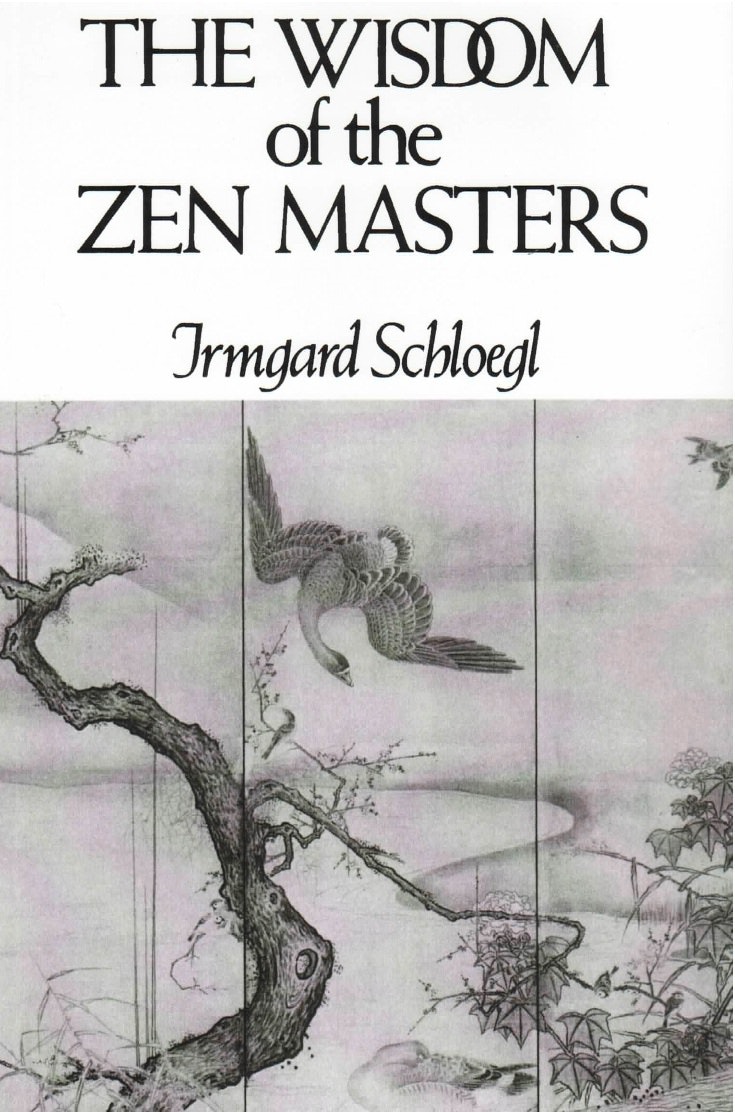 Dr. Irmgard Schloegl will soon need no introduction to students of Zen Buddhism.

The Wisdom Of The Zen Masters

“If in every mind burns a flame of the Buddha’s Enlightenment,” Christmas Humphreys writes in his foreword to The Wisdom of the Zen Masters, “there is nothing to seek and nothing to acquire. We are enlightened, and all the words in the world will not give us what we already have. The man of Zen, therefore, is concerned with one thing only, to become aware of what he already is…” The task of the Japanese Zen master has been to guide his pupils in their awakening. The means used vary––from severe physical discipline to the proposition of enigmatic riddles, or koans––but always to the same end, Enlightenment: experiencing the Great Death of the worldly “I.” Unlike most other formal religions, the Japanese school of Zen Buddhism has no canonized corpus of sacred literature which will reveal the “truth” to diligent readers. There are, however, numerous collections of anecdotes and aphorisms that may serve to convey the sensibility which underscores the practice of Zen. Drawing on these traditional sources, Dr. Irmgard Schloegl of the Buddhist Society in London has gathered into one short volume a sampling of stories and sayings that are a valuable introduction to the study of Zen.

Dr. Irmgard Schloegl will soon need no introduction to students of Zen Buddhism.