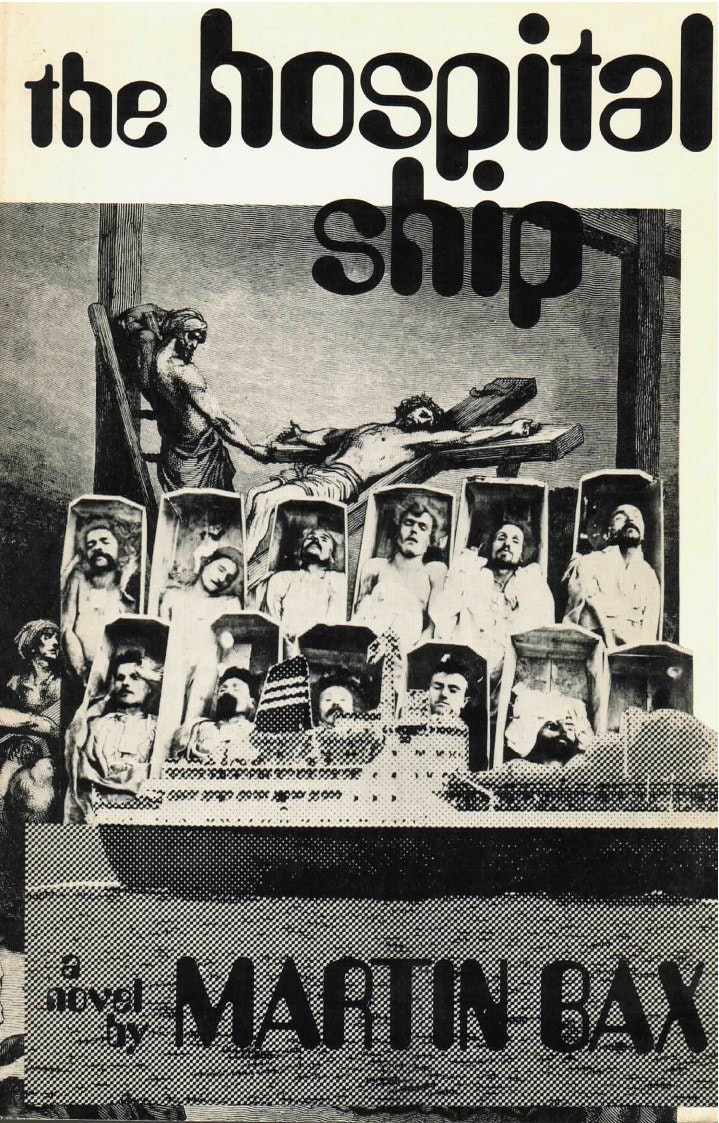 …the most exciting, stimulating and brilliantly conceived book I have read since Burroughs’ novels.

Out of Martin Bax’s appalling vision of contemporary civilization in collapse sails The Hospital Ship. The British author’s first novel is the account of an atomic-powered ark attempting to salvage a “remnant” from a world whose recent wars have resulted in the total loss of both social and individual stability. At first, skilled medical teams from the ironically named ship, the Hopeful, pick up casualties from what seem to be local incidents. But as the crew treats these victims of mass psychosis––intensely withdrawn men and women, autistic children––all signs point toward a world-wide disaster. Psychiatrist Sir Maximov Flint joins the ship and introduces his own solution––love therapy. His two prize patients are V, a Saigon prostitute, and W, a demoralized Wall Street broker––each a casualty of twentieth-century madness. On shore, the holocaust spreads. Landing parties discover in port after port whole populations of men crucified by quiet, neatly dressed Westerners. Forced to retreat from carnage so vast that the medical team can be of no use, the hospital ship sails on––a tiny, heroic vestige of humanity at the fringes of global catastrophe. Forming an integral part of the story, but also in wry counterpoint to it, are verbatim extracts from medical and financial papers and French accounts of a war-torn Indochina. With sardonic wisdom, Bax allows the scientific, business, and military establishments to indict themselves.

…the most exciting, stimulating and brilliantly conceived book I have read since Burroughs’ novels.

—J. G. Ballard
Keep up to date with New Directions
Follow us