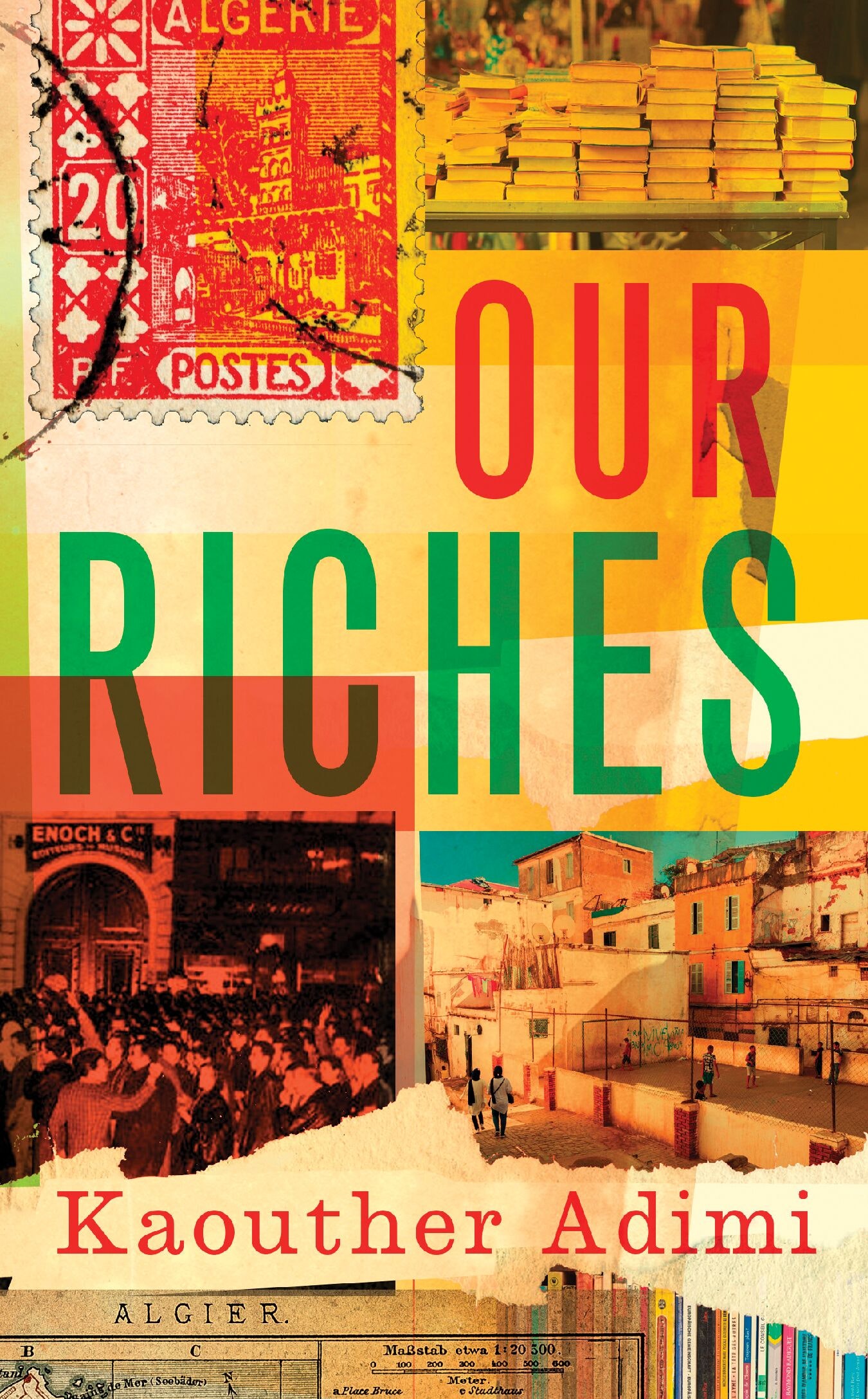 Adimi’s confident prose displays Ryad and Charlot’s emotional depth while nimbly shuttling the reader through nearly a century of history. This is a moving tribute to the enduring power of literature.

The powerful debut of a rising young French star, Our Riches is a marvelous, surprising, hybrid novel about a beloved Algerian bookshop

Our Riches celebrates quixotic devotion and the love of books in the person of Edmond Charlot, who at the age of twenty founded Les Vraies Richesses (Our True Wealth), the famous Algerian bookstore/publishing house/lending library. He more than fulfilled its motto “by the young, for the young,” discovering the twenty-four-year-old Albert Camus in 1937. His entire archive was twice destroyed by the French colonial forces, but despite financial difficulties (he was hopelessly generous) and the vicissitudes of wars and revolutions, Charlot (often compared to the legendary bookseller Sylvia Beach) carried forward Les Vraies Richesses as a cultural hub of Algiers.

Our Riches interweaves Charlot's story with that of another twenty-year-old, Ryad (dispatched in 2017 to empty the old shop and repaint it). Ryad's no booklover, but old Abdallah, the bookshop's self-appointed, nearly illiterate guardian, opens the young man's mind. Cutting brilliantly from Charlot to Ryad, from the 1930s to current times, from WWII to the bloody 1961 Free Algeria demonstrations in Paris, Adimi delicately packs a monumental history of intense political drama into her swift and poignant novel. But most of all, it's a hymn to the book and to the love of books.

Adimi’s confident prose displays Ryad and Charlot’s emotional depth while nimbly shuttling the reader through nearly a century of history. This is a moving tribute to the enduring power of literature.

Fascinating: Adimi synthesizes the private minutiae of the great and sometimes forgotten publisher Edmond Charlot with the history of the times in a suprisingly light, almost breezy fashion, making this a fast, interesting, and engaging read.

A splendid declaration of the love of literature, the only link between epochs and beings.

A subject in gold: it was necessary to instill a rhythm, an experience, a tension, even to shake up the hourglass of time. Kaouther Adimi, born fifty years after the mythical bookshop, succeeds brilliantly at this triple jump.

—Le Figaro
Keep up to date with New Directions
Follow us