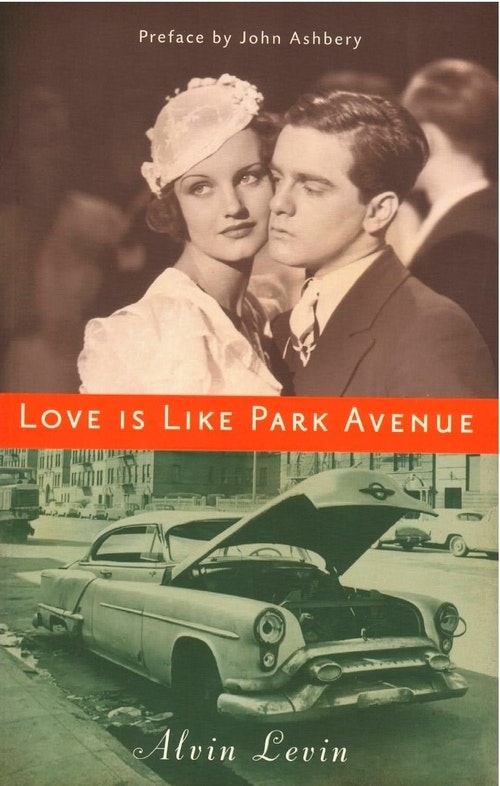 Scabrous scenes of family feuding in the Bronx and crowded Coney Island beaches come at you with the leering verve of Reginald Marsh’s drawings and Paul Cadmus’ quasi-pornographic paintings.

A magnificent, undiscovered writer, Alvin Levin captured the turbulence of lower-middle-class life in 1930s New York, in that twilight period of the Great Depression and the gathering storm of WWII.

With a contribution by James Reidel

In Love Is Like Park Avenue, Alvin Levin reveals that part of New York society that lived in the Bronx but longed to be in the shadow of skyscrapers — with the dance bands, celebrities, and socialites; his characters create a mirror world of love and sex. This fascinating compendium of Levin’s writings offers a look at the career of an “outsider artist” who was never able to finish a long novel, yet whose fragments are of heartbreaking intensity and amazing social scope. Edited by James Reidel (the biographer of the vanished poet Weldon Kees), Love Is Like Park Avenue contains stories, an unfinished novel, and sketches, all of which either appeared in premier literary magazines, with avant-garde small presses, or were discovered unpublished in boxes. Also contained is correspondence with encouraging publishers, offering the portrait of a brilliant writer who never quite found success despite publication in some of the era’s most prestigious magazines. Levin wrote these unforgettable fictional accounts of life in Depression-era New York, capturing the rhythms and tone of his time with intensity, wit, and probing genius.

Scabrous scenes of family feuding in the Bronx and crowded Coney Island beaches come at you with the leering verve of Reginald Marsh’s drawings and Paul Cadmus’ quasi-pornographic paintings.