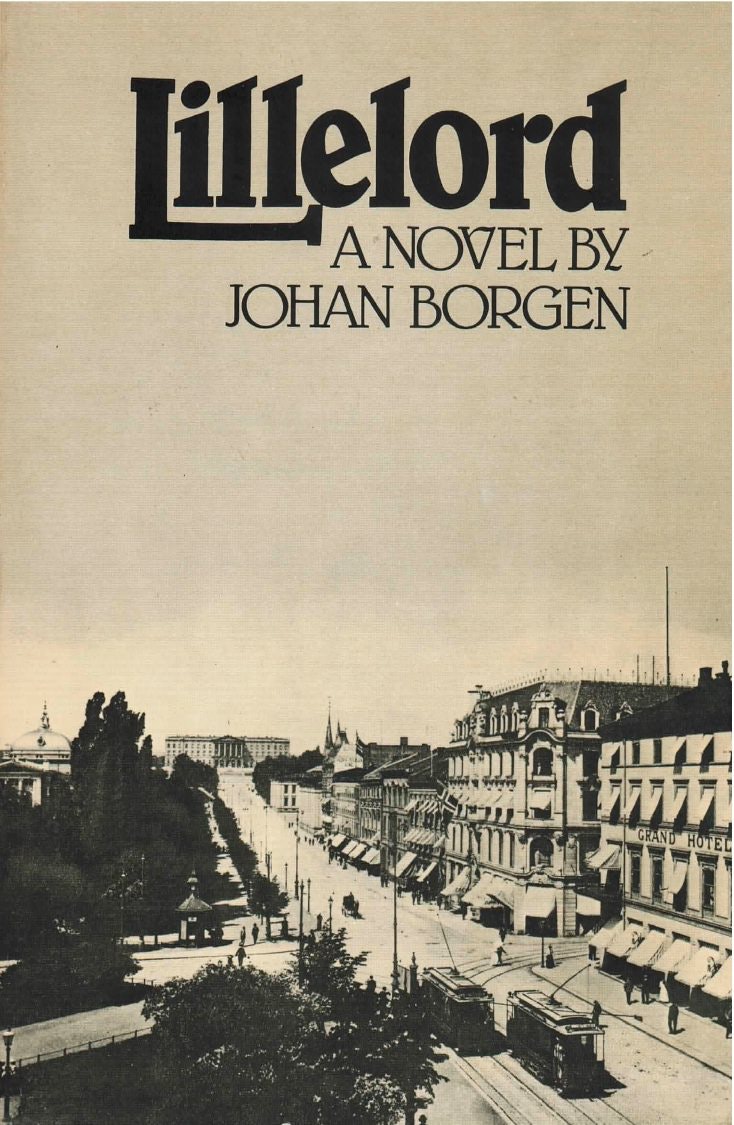 In Lillelord, Norway’s contemporary master Johan Borgen (1902-79) demonstrates his belief that our lives tend toward schizophrenia. Wilfred Sagen at fourteen is still a perfectly turned out, impeccably behaved “Little Lord Fauntleroy” to his family, but to his teachers he is a disruptive enigma and, to a pack of Oslo street urchins, an instigator of crime. In his often desperate search for emotional integration, Wilfred is hampered by an acute and introspective intelligence which only compounds his normal adolescent anxieties. Painfully aware of the split in his own personality, Wilfred longs for wholeness and harmony (personified by the young Jewish violinist, Miriam), but is torn by guilt and the realization that he cannot control either himself or the world.

By the time of his death, Johan Borgen was acclaimed as one of the major figures in twentieth-century Scandinavian literature. He is best known for his Lillelord Trilogy, which deals with the moral and physical degeneration of Wilfred Sagen over three decades. For Borgen, Wilfred’s loss of innocence and fractured existence had their counterparts in the cultural shock experienced by all of Norway through two world wars, the Nazi occupation, and explosive technological change. This English-language edition of Lillelord (1955), the first volume of the Lillelord Trilogy, has been translated by Elizabeth Brown Moen (in Oslo) and Ronald E. Peterson (at Occidental College in Los Angeles). Mr. Peterson has also edited the volume and provided an informative introduction.