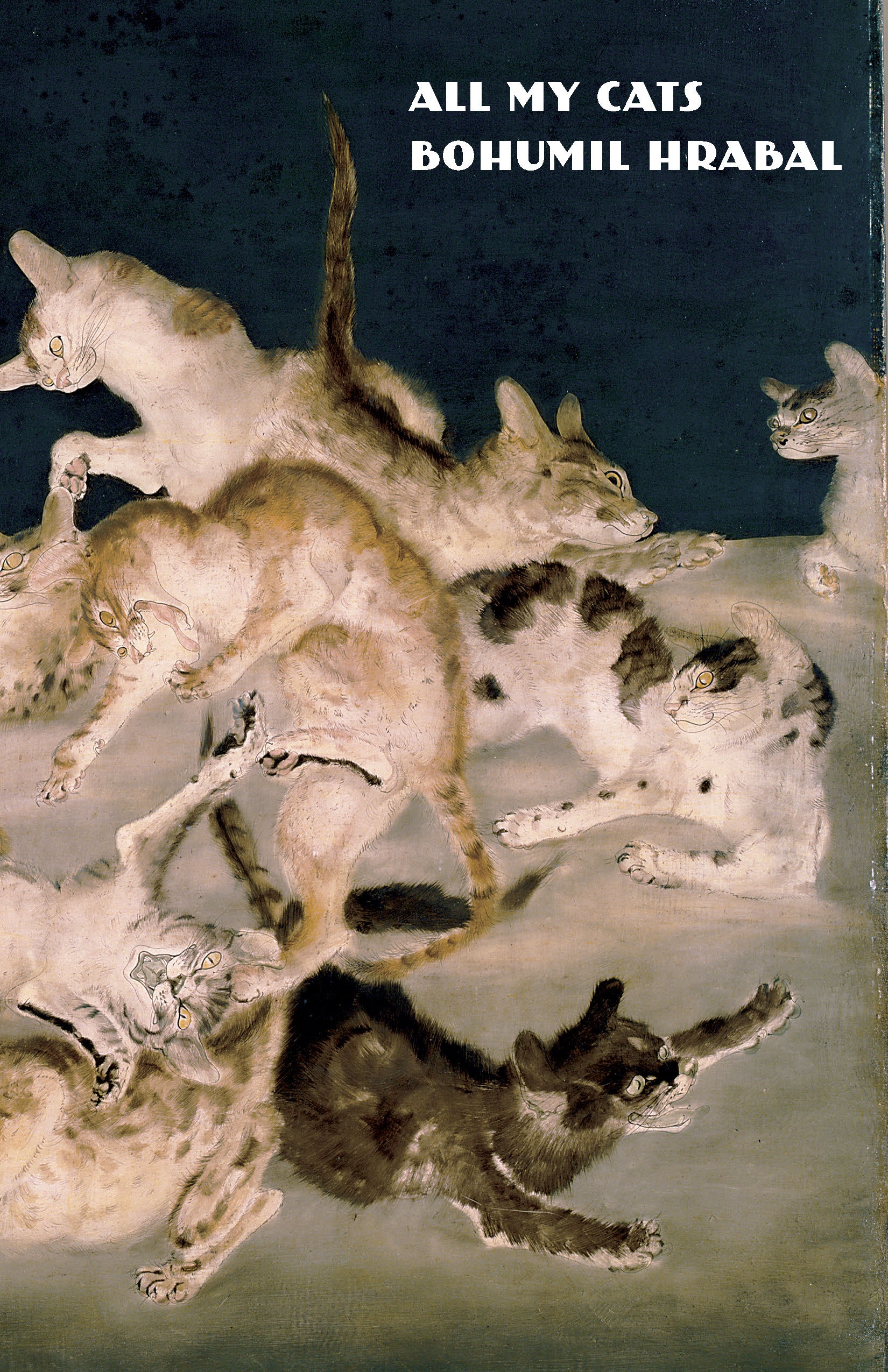 Everything changes the moment one takes pity on a human being or a mouse cowering in a corner. All of a sudden, a different world appears before our eyes, both more terrifying and more beautiful. That’s what makes Hrabal’s stories and novels genuinely moving. And so was his end. He died in 1997 at the age of eighty-two, falling out of a hospital window in Prague while apparently reaching to feed some pigeons.

In the autumn of 1965, flush with the unexpected success of his first published books, the Czech author Bohumil Hrabal bought a cottage in Kersko. From then until his death in 1997, he divided his time between Prague and his country retreat, where he wrote and tended to a community of feral cats. Over the years, Hrabal's relationship to cats grew deeper and more complex, becoming a measure of the pressures, both private and public, that impinged on his life as a writer.

All My Cats, written in 1983 after a serious car accident, is a confessional memoir, the chronicle of an author who becomes overwhelmed. As he is driven to the brink of madness by the dilemmas created by his indulgent love for the animals, there are episodes of intense brutality as he controls the feline population. Yet in the end, All My Cats is a book about Hrabal’s relationship to nature, about the unlikely sources of redemption that come to him unbidden, like a gift from the cosmos—and about love.

Everything changes the moment one takes pity on a human being or a mouse cowering in a corner. All of a sudden, a different world appears before our eyes, both more terrifying and more beautiful. That’s what makes Hrabal’s stories and novels genuinely moving. And so was his end. He died in 1997 at the age of eighty-two, falling out of a hospital window in Prague while apparently reaching to feed some pigeons.

Searingly frank and strangely moving, “All My Cats” is a welcome addition to a singular body of work.

There are moments of exquisite tenderness and others of deep dread, and Hrabal leaps from one to the other withm—yes—feline agility.

In the end, Hrabal’s cats keep him alive… and Hrabal knows better than anyone that our animality is what makes us human.

Though tinged with sadness, it is a sweet, and often funny story. The writing is wonderfully vivid, particularly in the descriptions of animals and nature, and the artful translation elegantly captures the lightness of Hrabal’s prose. Ultimately, this is a book about what happens when life becomes unsustainable—when pressures and frustrations build, and we cannot find happiness, despite flickering moments of content. But it is also about cats, and what it is like to love them.

This slender volume from novelist Hrabal (1914–1997), originally published in 1983, is an affecting meditation on the joys and occasional griefs of sharing his life with a large group of cats. While working in Prague during the week, Hrabal constantly worries about the animals that inhabit—and which he’s allowed to completely overrun—his country cottage, and only upon returning there for the weekend can he feel relieved. Should anything happen to him or his wife, he frets, “Who would feed the cats?” So when a new litter brings the cottage’s feline population over capacity, and Hrabal rashly decides to kill several kittens, readers will be shocked. That he can keep them on his side afterward—by persuasively showing himself as appalled at what he’s done—is a testament to his storytelling skills.

All My Cats is a stunningly revealing, occasionally deranged exploration of self, with cat ownership the frame through which that exploration is presented, by one of postwar Europe’s greatest writers.

Hrabal is a spider of a writer: subtle and sly, patient, with invisible designs. He never proclaims — he never needs to. He envelops.

This alternately sweet and gruesome memoir challenges readers to think about their own actions and their own vulnerability. Cats serve as a metaphor for the many forms of guilt each person carries and the challenges of rationalizing problematic behavior. Indeed, what is one to do with all those cats?

Hrabal, to my mind, is one of the greatest European prose writers.

The essence of Hrabal's fiction is to draw beauty from what isn't, to find hope where we're not likely to look . . . to show that we are all of us ‘magnificent.’ 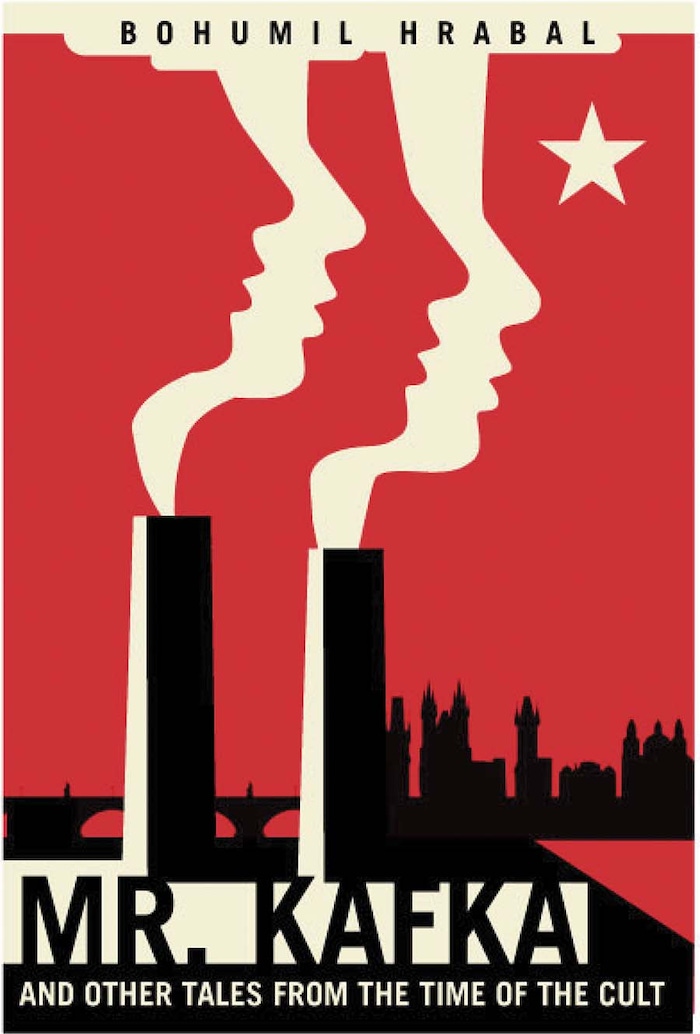 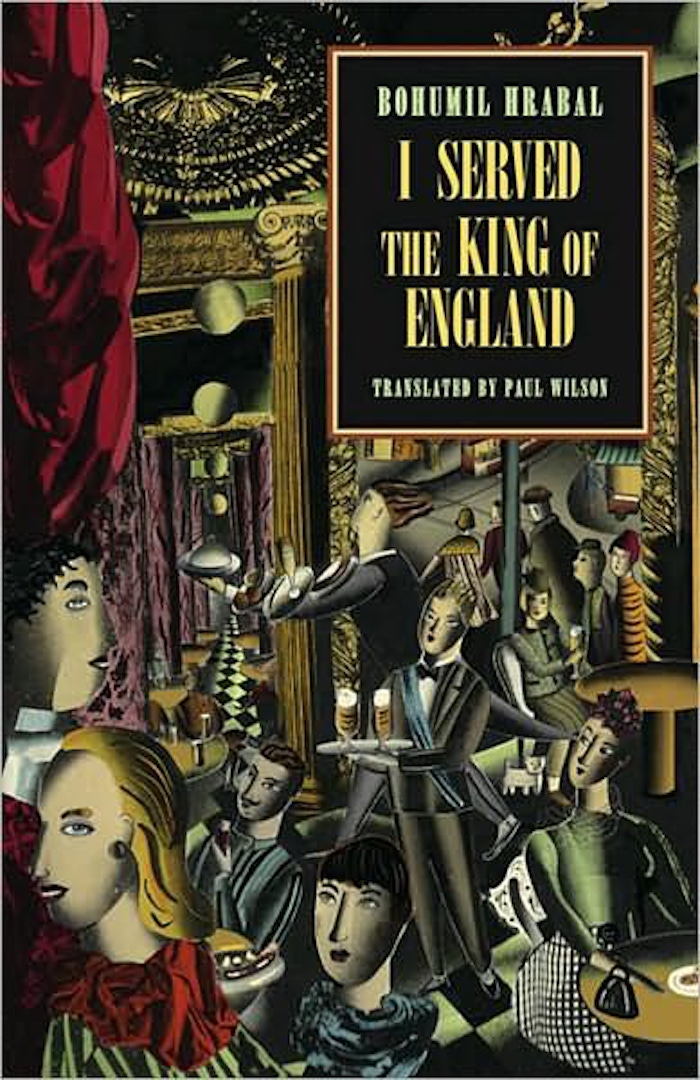