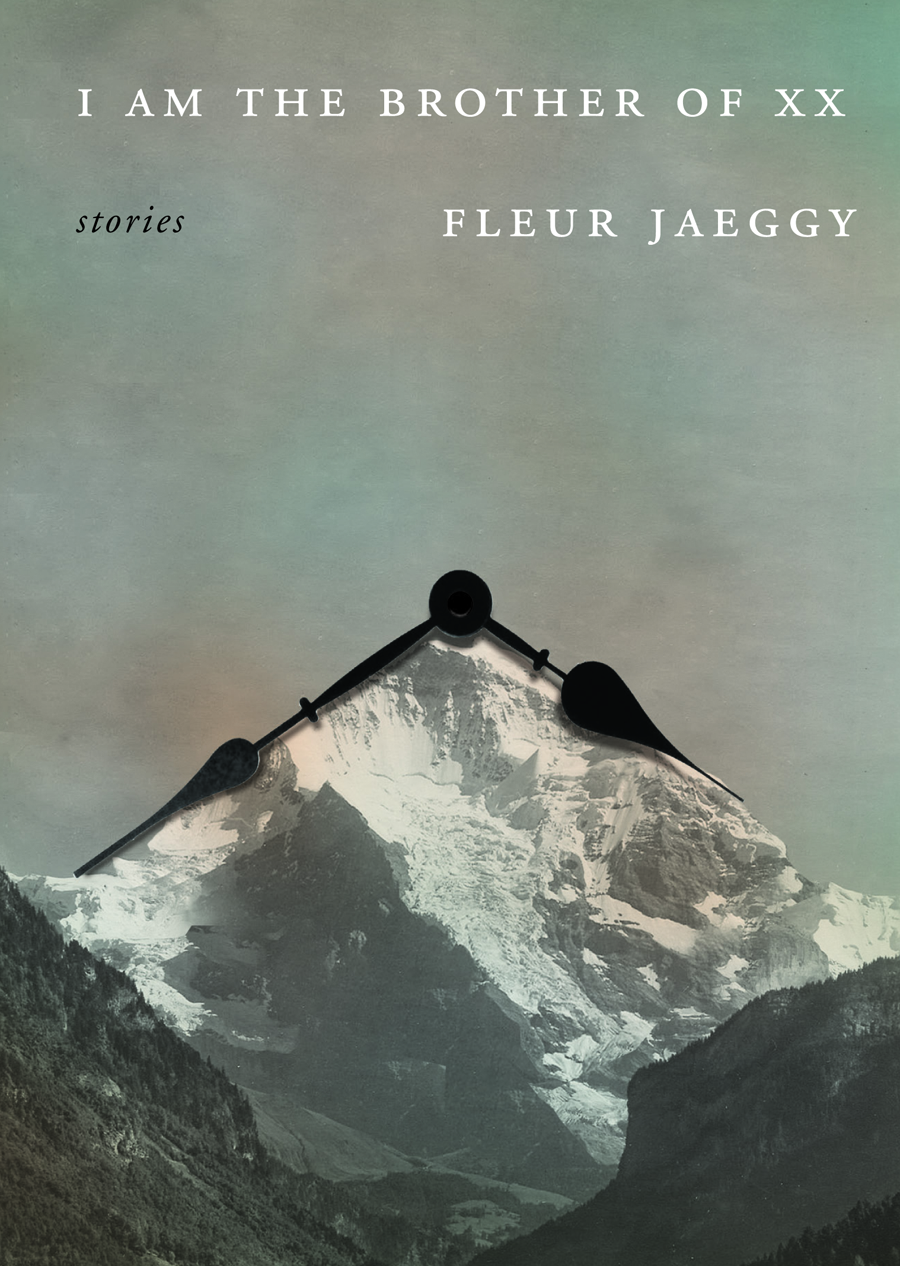 I Am the Brother of XX

“You can’t forget,” a honeyed, babyish voice was saying.

Stefan is sitting in the dark, the voice is behind the locked door. She cannot go in, he has forbidden it. He didn’t allow her to go into the room where his mother’s objects were. Once she had touched them and the boy had felt a queasiness in the stomach. But he didn’t let on. After all couldn’t his wife touch his mother’s things? There was no harm in his wife picking up a flower vase, or a picture off the floor to look at it. She had also touched the rugs, his wife, but a cloud of insects that had been disturbed emerged from one bag. They gave off a poisonous vapor. He let her. With his eyes and the pain in his stomach he followed those soft hands touching his mother’s things.

The pain rose to his mouth, he had a spasm. His wife started to laugh. His soft little doll. Stefan was trembling. Did he fear that his mother might be reborn from the objects? She approached Stefan and said, “Now we’re alone, you and I. We’re all alone in the world, we have nothing to worry about.” The young wife no longer needed to be nice to Madam Hanne. Now, she could insult her if she liked. But she didn’t tell Stefan that. It was too soon.

They were not alone in the world. She still has her alcoholic mother. Cirrhosis of the liver. He, Stefan, was alone. Not his wife. She still had a mother who always stayed in bed, hair disheveled, mouth painted and smeared. Her two husbands, she’d buried them. The first in Argentina, the second in Colombia. We Germans, she’d said, all end up in South America. But then we want to go back to Europe. She had gone back to Europe taking her daughter with her, sleeping in the same bed.

During the night the mother embraced her and called her by the name of one of the husbands, the one who wasn’t her father. The sheets were hot. The mother stayed in bed wearing a German-Argentine style of evening dress, as was the custom in South America right after the war. Or she kept her jodhpurs on. She hardly ever undressed. She had a horror of undressing. Every now and then she wore her husbands’ pajamas, but then she’d take them off, they are not flattering, and she could still smell sleep on them.

She no longer has underwear, and even the South American cocktail dresses were rotting, though they still somewhat held their own. She looked like an old harlot of bygone splendors and she liked to be called Freiin. Baroness. The jodhpurs were made of very tough material. She’d made an effort to meet Madam Hanne.

“Hand me the fan.” She still had a dozen of them, with ivory slats and feathers. She used them to dust before the arrival of Madam Hanne. Exhausted, the Baroness fanned her neck, her face, gazing into infinity, lit up on the wall lamps. Head bent, like a lady on a veranda contemplating the sunset out over the pampa.

The daughter was donning light blue. Komm, komm hier, mein Kind. She looked for her under the bed as if she were a little dog. She had just turned seventeen and she looked pure. The little dog found another bed, Stefan’s, and they were married.

“How fortunate that we could meet,” the Freiin said without conviction, and a joyful ring.

The Baroness chirped in bursts over nothing that day, she was jovial, grinning at Madam Hanne’s every sentence. She laughed cautiously when the subject of Nazism was touched. Her mind strayed. Oh yes, her husbands had believed in it. And for what, after all — to drive trucks in South America. The Freiin no longer has connections. Everyone has abandoned her. And now her darling is abandoning her too. Her eyes became moist, a brief emphasis. It is good to show maternal love.

At the age of nine Stefan became sad. Madam Hanne had wanted that son more than anything in the world. The boy had a mean look. The immense blue eyes, his mother was proud of them, seemed stolen. Stolen from some homicidal kid — or from someone of that ilk. Hanne was reading a book by a Hungarian psychiatrist specializing in bloodlines, his two sons had killed themselves. She wrote him letters, no reply. Meanwhile she rummaged through her ancestry, to see if there might be a criminal or a depressive. The generation preceding theirs went from birth to death, thinking and hoping, without manias, without scandals, without depressions. Even though they were by no means cheerful in the family. But they were good, doggedly good. Her son’s celestial eyes were mean.

The sadness of others one should leave alone. It is a small garden, a fragile delicate Arcadia, one should not disturb it. But this Hanne did not know. Sadness is almost a sin, it is wicked, Hanne thought. He has everything, she told herself over and over. She imagined of course that children too can have their upsets, when she was young she too laughed at trifles. A nervous laugh, her parents said. When they were all serene, puritanically serene, Hanne could not contain a certain animosity. She called them the small messes in her beauty case. Sometimes, during prayers before meals, she cursed the monstrosity of Giving Thanks.

But how she had thanked the Lord, how devoted she had been to him, when Stefan was born. At four in the morning. From the baby’s first cry there had been an idyll between her and the Lord. “I offer you this child you have given me,” Hanne said again as dawn filled the room at the clinic. Convinced that the Lord would never take that child from her. But it was an offering she wanted to place on the altar of the Heavens. Her happiness called for ceremony, ritual. While Stefan was in the nursery, she lifted her arms before her, palms up, showing her green eyes to the void. They stared at the ceiling, the white wall, an iconostasis of fervor, walled-in air, disinfectant.

The room was her chapel, the nurses vestal virgins bringing her the gift of a promise fulfilled. She promised chastity. It didn’t cost her any regrets. She had never wanted it, her husband’s body. She had wanted it only so as to procreate. And yet she loved that man, as she loved her house, a memento of her parents.

After having promised the Lord chastity she felt calm and satisfied. Sexually satisfied.

At the age of nine Stefan became sad. She had knelt at his feet, beseeching him. “I beg you, what is the matter?” Had she, Hanne, done something wrong? She searched the face of her son who chased her away. She scrutinized that belated child. Pregnant on Lake Lucerne, in a house not far from where Wagner had lived, she was forty-seven years old and with her husband never missed a concert.

And now Stefan tries to control himself, while his wife touches all the objects belonging to his mother as if she were at a rummage sale. Not about the dead, Stefan was thinking, but about his mother. The wife continues to rifle through the crates.

“Now she’s no longer here, it doesn’t matter,” the odious babyish little voice instantly pipes up, “I’ve already forgotten.” The imperturbable, melodious little voice continues: “She hurt us so. Now you belong to me and I to you.”

Stefan heard the full horror of that sentence. Stefan knows that his mother couldn’t stand her.

“Madam,” says Stefan in a falsetto voice, imitating his wife’s, “when I love someone I don’t sleep with anyone else.”

“Stefan, why are you making fun of me, your mother had asked me whether I was in love with you.”

Stefan, still falsetto, “I don’t sleep with anyone else.”

The girl bows her head. The blonde hair clamped to the head and rolled up like a tiara, and the rest of the hair hung down her back. Which he grabbed hold of, dragging her to the ground.

His wife takes his hand.

Stefan, still falsetto, “Pardon me, Madam, my hands are sweaty. My hands are always sweaty.”

“Darling, please, you know that I am ashamed of my hands.”

The wife takes a handkerchief and dries her hands. She is about to cry.

“You didn’t tell my mother that you slept with yours. Why didn’t you tell her the truth?”

“You’ve changed, Stefan. You’re acting like this because your mother died.”

“My mother and I want to see how you did it.” Stefan is still gripping the long hair.

“My mother and I sit here on the sofa.” On that sofa Stefan rests a suit that was his mother’s, which he took out of a plastic slipcase. On the floor the shoes and the handbag.

The young wife lies down on the floor: “I am doing it for you, Stefan.”

On the floor, after having undressed, the young German woman follows orders. She writhes about timidly. She pauses.

“Kiss Mother’s feet.” She twists over and rests her lips on the shoes.

“And remember never to touch Mother, she hates sweaty hands.”

For a long time now, the little doll hasn’t dared to touch Madam Hanne’s things. The room smells of spices, of incense, of the reek of what remains — and can’t be seen. The objects are deployed in a military parade. They look like idols, loot, knickknacks. Rubbish and spirit. The black plastic bags are tearing, a sinister sound, of membranes. A veil of face powder covers the paintings. It seemed as if a hand wanted to erase the images. And the frames were flaking as if they had leprosy. Stefan is sitting in the dark. He doesn’t want his mother’s things to be left by themselves.

As a child he had played in that very room, and he played with the future, something very abstract, that had the simple name of tomorrow. And even then that room had been dark — he boarded up the windows. Now he doesn’t need many words to express himself. He could say without words that he is playing with what happened once, with the past. It is totemic, nothing is real, and yet a presence blinds him. It is the bottomless gloom, without a surface, nothing but darkness. Flat.

For a long time now, the little doll has been unable to touch Madam Hanne’s objects. She can look down at them, from above. The aviary hangs from a hook. She is quite comfortable. It is spacious, the bars are distant from one another. Stefan has hoisted it with a hook to the ceiling. Before there was a crystal chandelier. He shut the little door. She could look at all his mother’s things, as if she were at the theater. Sometimes he calls her, sometimes he feeds her, sometimes he opens the little door.

The sound of her voice is so sweet, honeyed, faint.

What a pretty little bird his wife is.