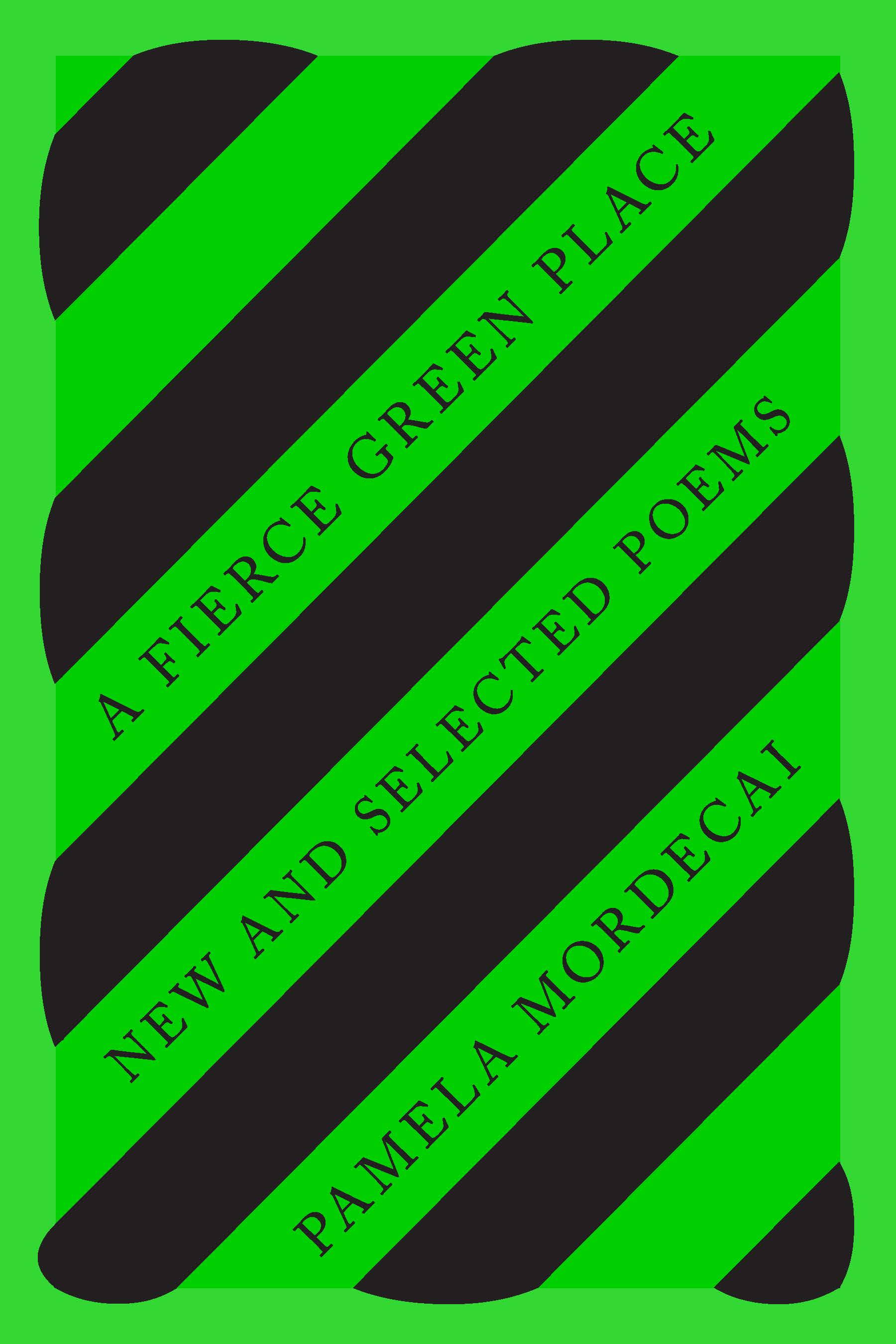 At her reading from Subversive Sonnets at Kingston’s Bookland in 2014, Pamela Mordecai was asked by an audience member to justify her use of profanity based on her Catholic education. Mordecai’s response was that she’s always considered herself to be a rebel. This selection of poems across her writing life reveals Mordecai’s interest in many of the dominant thematic concerns of Caribbean literature; however, it may be argued that her treatment of rebellious poetics sets her aside from many of her female counterparts. In “Pamela Mordecai’s Poetry: Some Questions for Further Consideration,” Stephanie McKenzie notes that there is a “lacuna in the criticism of Mordecai’s work.” I must admit that it was not until I began pursuing graduate studies in literature that I encountered Mordecai, and even then, it was in her role as an anthologist. It is only recently that scholars have begun to give her poetry the critical attention it deserves.

The Caribbean female poets who emerged alongside Mordecai in the1980s had the difficult task of inserting themselves into a Caribbean literary tradition primarily defined by patriarchal representations of postcolonialism, which manifested themselves in a preoccupation with nationalism and male-identity politics. These female poets sought to address the omissions and expand the scope of those dominant narratives. Poets like Dionne Brand, Jean “Binta” Breeze, Lorna Goodison, Grace Nichols, Olive Senior, and their forerunner Louise Bennett repositioned the role and concerns of women in the discourse. Although Pamela Mordecai’s first poetry collection, Journey Poem, was published in 1989, her name is seldom mentioned in the preceding list of canonical Anglo-Caribbean female poets. The works of these poets continue to be examined contextually in terms of the rebellious nature of their personae, whether they’re against a hetero-normative brand of sexuality, the systemic oppression of slavery, the inequitable hierarchy of female labour, or the lack of attention given to issues that affect women. They are also discussed in terms of the rebellious nature of their poetic style. The female poets of the 1980s experimented with tropes, forms, and language in order to create poetry that would more accurately portray their reality and perspectives. I wonder, however, if Mordecai’s work was too rebellious.

As critics of Caribbean literature, even as we privilege the treatment of African cosmology, are we still marginalizing the work of female poets whose form of rebellion may be too far outside European norms of propriety? In Mordecai’s exploration of violence, particularly the neocolonial sexual trauma inflicted upon Black women by Black men, is there a heaviness that, as Caribbean people, we are not yet ready to confront? Does the female sensibility of Mordecai’s work dangle too precariously outside the margins of acceptable social norms?

I do not have the answers as to why Mordecai has not received the critical attention her work deserves, but I do know that it is not because her work lacks the technical adroitness or the thorough investment in topics relevant to the study of Caribbean literature. For example, the poems included here from Mordecai’s very first collection, Journey Poem, introduce a poet who is invested in portraying the intersectionality between personal and public histories and who, in doing so, expresses a vulnerability indicative of the postcolonial psyche. This vulnerability is apparent in “Walker” and “Family Story,” in which the persona expounds on the theme of mental illness that runs in her family, but instead of the apologetic tone that often accompanies these confessions, she uses her father’s resilience and her mother’s “whimsy” as fodder to construct a fearless self: “Careful then / how you cross me.” The use of a menacing tone is a recurring stylistic device in Mordecai’s work. The early poems provide the foundation that justifies the representation of woman as the prophetic voice of damnation if there is no penance or restitution.

The trope of the fearless woman is also accentuated early in Mordecai’s career, as in Journey Poem’s “Island Woman” and “Poem.” Mordecai portrays the complexity of living in a “fierce green place” through the persona’s metaphorical embodiment of the landscape. Regardless of internal and external turmoil, “each year after the rains / I blossom. ”This woman is also an embodiment of poetry, and—although I am reluctant to read poetry by women in a way that positions their work as always responding to writing by men—it is obvious that “Poem” is in dialogue with Edward Kamau Brathwaite’s poems and theories regarding African retention in Caribbean literature. Mordecai’s poem, like Brathwaite’s “The Making of the Drum,” privileges the symbiotic relationship between the drum and the artist/musician. However, Mordecai reimagines the spiritual practice of making art as one that emerges from the womb. Though the transatlantic winds symbolize historical trauma, the female has the potential to tap into the womb-space (similar to the gourd in Olive Senior’s poems or the kumbla in Erna Brodber’s fiction) in order to manifest an interpretation of the creation myth that writes woman into the origins of language, sound, and power. The cyclical process of creating the drum in Brathwaite’s poem is aligned in Mordecai’s poems with the female reproductive cycle.

Mordecai’s poems illustrate the heavy responsibility of writing out of this womb-space. Even in the elegiac poems in The True Blue of Islands, it is the woman who must reconcile her religious indoctrination with her brother’s senseless murder and a people who “grit [their]teeth / and carry on through” (“Everybody Get Flat—A Dub”). In her interrogation of the theme of violence in all her collections, Mordecai employs explicit imagery, the performative and guttural resonances of dub, the improvisation of jazz and blues, and the subversion of traditional poetic forms, such as the sonnet, to create an uncomfortable representation of “female sensibility.” Mordecai deserves recognition for perforating the boundaries of Caribbean female poetry to allow the inclusion of the profane and thereby forcing readers to reexamine their stereotypical notions of acceptable female articulation. The graphic image of sexual violence meted out to the persona in “Con-vent Girl” and other poems is an indictment of societal norms that continue to encourage the subjugation of women. Mordecai’s use of profanity, dialect, Rastafarian idioms, and harsh alliteration work together to subvert notions of acceptable female poetic expression.

Perhaps what is most surprising about Mordecai’s work, considering her religious upbringing and the psychosocial acceptance of religious belief in the Caribbean, is her interrogation of religious doctrine and willingness to rewrite Christian narratives from a Caribbean perspective; de Man, de book of Mary, and de book of Joseph function as a demystification of the birth, crucifixion, and resurrection of Jesus. In Caribbean societies, where the role of nation languages is still being debated, Mordecai’s performance poems in Jamaican Creole may be read as a radical act of communal self-acceptance and a privileging of the ordinary folk who have been disenfranchised in the history of the Caribbean. The poems make room for the personae and audiences to question entrenched biblical narratives and ironically, if they choose to do so, strengthen their faith through the act of seeing themselves reflected in the scenes. Mordecai’s theoretical work expounds on the function of plurality in Caribbean literature and it is one of her greatest achievements in her poetry: the ability to pile on images, to portray the paradoxes of human existence, to create stanzas that reject reconciliation, to represent the people, culture, and topography of the Caribbean in multidimensional, complex ways.