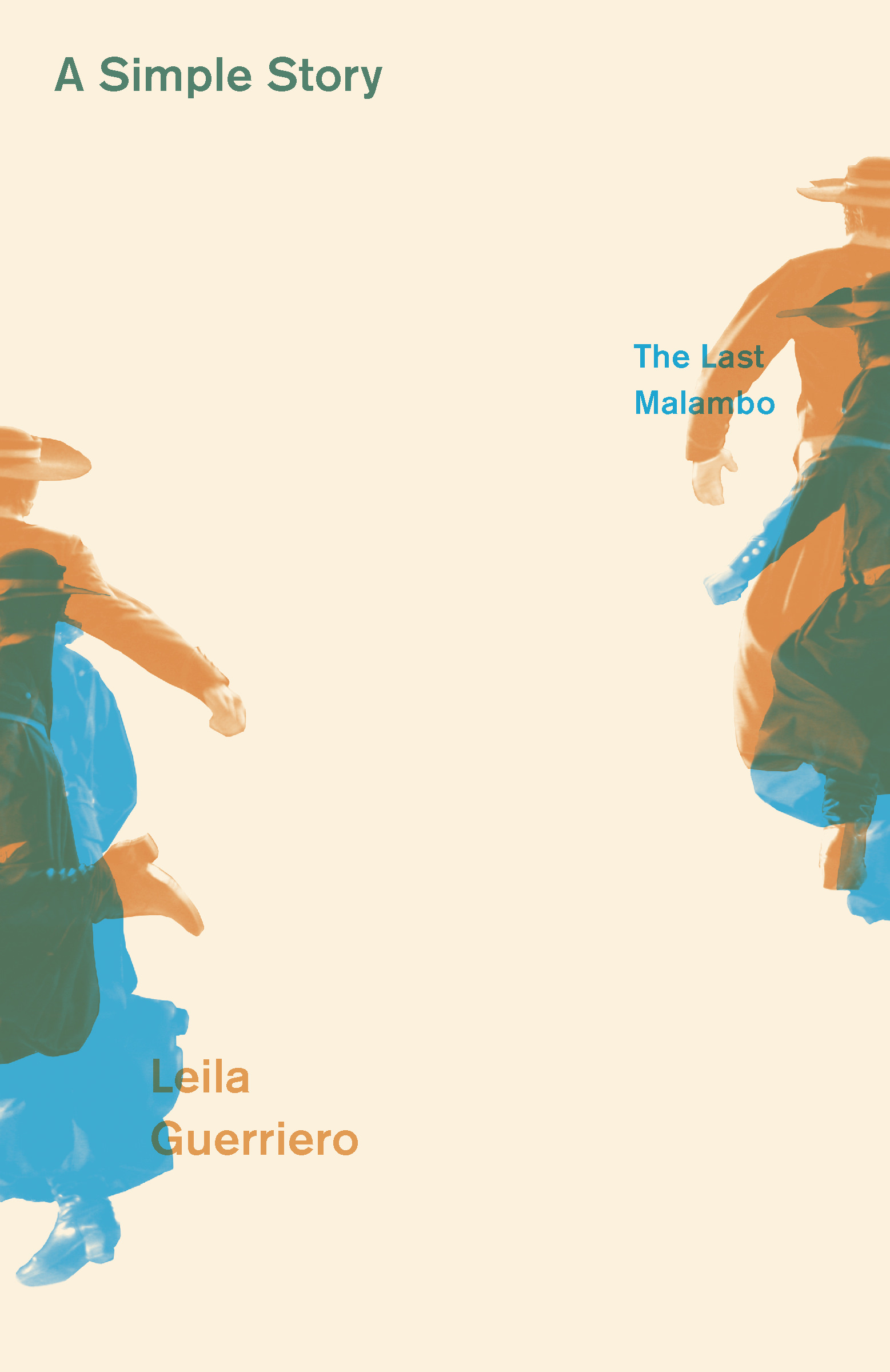 How often do you get the chance to step into one of your favorite books, look around, see the sights, chat with the characters? Then again, how often would you want to? The Communist wreckage of a collective farm in Satantango wouldn’t make the best vacation destination; nor would Aira’s Mérida of The Literary Conference—charming enough, but what about the monstrous blue silkworms?

I was able to, this past January, with Leila Guerriero’s A Simple Story. This book is unusual for New Directions in a number of ways—it’s non-fiction reportage, a work of journalism, and as the first line shows, it’s not coy about its subject: “This is the story of a man who took part in a dance competition.” And so, in the same spirit: this is the story of two editors, a writer, a translator, a musician, a photographer, and a nurse, traveling across Argentina to watch men take part in a dance competition.

I picked up Laurie Callahan—co-editor of A Simple Story and its first and most forceful advocate—the reason for all of this—at 11:00 am on Wednesday, January 11th, at Ezeiza International Airport. I was sleepy and hungover, mildly grumpy, lightly stressed about everything that was to come (we had a packed itinerary). The night before, Leila Guerriero had treated me and my wife to a spectacular dinner that, in true Argentine fashion, went from 8:30 p.m. until 2:00 am (We were the first people at the restaurant, but not the last to leave).

If the rigors of an overnight flight had any effect on Laurie, she wasn’t showing it.

“Where’s my ‘malambo queen’ sign?” She said, beaming, as she walked through the customs gate.

Over the next two days, we gave a press interview, attended a reading with Leila and the Argentine writer Mariana Enríquez at Eterna Cadencia, one of the loveliest bookstores I have ever seen, and saw the sights of Buenos Aires: Evita’s grave at Recoleta Cemetery, the whimsical coffee shops and hipster bars of Palermo, brightly painted tin shacks of La Boca, the city’s immigrant slum-cum-tourist trap, the antiques markets of San Telmo. I’d spent years living abroad—including a year and half in Buenos Aires—so I can get jaded about traveling, but Laurie’s enthusiasm made me feel like I was seeing the city for the first time. And her irrepressible humor kept me laughing, even when it seemed like we were about to die in a ditch by the side of the road.

When it was finally time to leave Buenos Aires, we piled into a rented minivan and followed Leila and her partner Diego’s Honda Civic across the vastness of the Argentine pampa.

Buenos Aires is surrounded by the pampa, but it took us longer than expected to find it.

That’s Frances Riddle, who translated A Simple Story. She knows Argentine literature in and out and has lots of opinions (being from Texas, she makes them known in what I wouldn’t exactly call an “inside voice”) and turned the six-hour trip from Buenos Aires to Laborde into a free-ranging master class.

“No,” Fede, Frances’ husband and the only Argentine in the car, said. “This is more delta, we’re still very close to the river. I’ll tell you when we get to the pampa proper.” Fede’s got spiked black hair, plug earrings, and the refrain from “Bohemian Rhapsody” tattooed in musical notation around his ankle. He seemed to know everything about the local flora, fauna, and culture—which was useful, because only a few of us had working smartphones. But it was his patience that proved most noteworthy: The man sat through the entire drive listening to four North Americans (including his wife) speculate about the Argentine national character: “They’re always late,” “They yell at each other all the time,” “They’re the North Americans of South America,” “They invite you to asado but then never follow up on it,” “They love to complain,” “They’re so indirect,” “They don’t have podcasts.”

At that last one, Fede finally objected, and further investigation revealed that “they” do, in fact, have podcasts in Argentina.

We checked into our hotel in Monte Maiz, a rural town surrounded by perfectly flat fields of soy and corn. Recent times had been good to the region’s many farmers: the newest addition to the main street was a tractor dealership packed with huge, gleaming John Deere equipment. The dampness in the air was lightened by a cool breeze.

After an hour’s rest, we went to the festival. There, at last, in the flesh, was the book: the stage, the market stalls, the food vendors, the people. As Leila described it:

“On the dirt roads that surround the exhibition grounds there are dozens of stalls that at night sell crafts, T-shirts, CDs. At this time of the afternoon, they are covered with orange tarps that vibrate in the heat and throw off a gelatinous glare. The field is enclosed by a chain-link fence, and upon entering, to the right, is the Gallery of Champions with photos of everyone who has won since 1966. There are also food stands, now closed, that sell empanadas, pizza, locro (traditional stew), and grilled meats. On the other side are the bathrooms and the pressroom, a wide square construction with chairs, computers, and a wall covered by a long mirror. At the end of the field, the stage. I’ve heard stories about this stage. It’s said that due to the reverence it commands, many hopefuls have surrendered minutes before going onstage, that a slight downward slope makes it frightening and dangerous, that it’s haunted by the terrifying ghosts of the great malambo dancers. What I see is a blue curtain bordered by posters of the festival’s sponsors: Finpro Cereals, Cartucho SA Transportation, Casa Roldani Home Goods. Microphones on the ground below amplify each step with cruel precision. In front of the stage, hundreds of plastic chairs, empty. At 4:30 pm it is difficult to imagine that at some point there will be anything more than what is here now: an island of plastic battered by rolling waves of heat.

“I’m studying a eucalyptus canopy that fails to protect me from the sun’s claws, when I hear it. A full gallop. Or a machine gun. I turn around to see a man onstage. He wears a beard, top hat, red vest, blue jacket, a bright white cribo, a beige chiripá, and he rehearses the malambo that he will dance tonight. At first the movement of his legs is not slow but it’s human: a speed that you can follow. Then the rhythm speeds up, and speeds up again, and keeps on speeding up, until finally the man stamps one foot on the floor, stares off into the horizon, ecstatic, lowers his head, and begins to breathe like a fish out of water.

‘Good,’ says the guitar player next to him.”

The real contenders—the competitors in the _malamb_o mayor category—don’t even go onstage until one or two in the morning: here, in the most important category of competition, there are just four finalists, each of whose routine lasts no more than five minutes. Add time for the announcer to introduce each dancer, for the raucous applause after each dance, and you’ve got, maybe, thirty-five minutes for the finale of the festival.

The events, however, start at five or six in the evening. What do they fill all that time with? Children’s malambo. Teen malambo. Junior malambo. Over-forty malambo. The “elocution and hypemanship” public speaking competition. Cuecas. Outbursts of nationalistic zeal (I lost count of how many times the announcer repeated the phrase “the beating heart of the nation”). Waltzes. Messages from sponsors (“All the competitors are protected by Equis Insurance, located at San Martin 324, Laborde, telephone 055 22 33 11,” etc., etc., etc.).

A typical ballet lasts around two hours, and by the end I’m usually squirming in my seat. In contrast, the National Malambo Festival at Laborde has ten nights of programming, eight to ten hours a night. Watching every performance would be like watching The Ring Cycle three or four times back to back. Almost. At Laborde, you can get up, walk around, eat a steak, have a glass of wine, shop for gaucho gear at the artisan stalls. Nevertheless, I wasn’t sure how much malambo I was going to be able to take.

A lot, apparently. Maybe it was the delirium from the journey or the endless infusions of mate, but I found it impossible to take my eyes off the dancers, their intensity and skill.

As I watched, Leila’s metaphors from A Simple Story floated through my mind—I saw the the dancer’s cribo “tremble like a soft sea creature rocked by the waves”, I saw the competitor dance offstage “like someone emptying a gun into a dead body.” I’d never been to Laborde, but I had seen all this before. The giants and their sacrifices. The stage, covered in blood.

“It was the open field, it was the dusty ground, it was the taut horizon of the pampa, it was the smell of horses, the sound of the summer sky, the buzz of solitude, it was fury, sickness, war, it was the antithesis of peace. It was the blade and the cut. It was all devouring. It was punishment. When he was finished, he pounded the stage with a monstrous force, froze on the spot, and stood staring out through the fine layers of the night, covered in stars, all ablaze. And, half-smiling — like a prince, like a ruffian, or like the devil — he tipped his hat. And he left the stage.”

This may all sound a little grandiose for folk dancing, especially if the only malambo you’ve ever seen is a Youtube video. My recommendation is to read the book, skip the video and, if you want to see the dance, go to Laborde. The language of A Simple Story is lyrical and transcendent, but, as anyone who’s seen the competition can attest, it’s ruled by the most exacting realism.

I was awe-struck, rapt, again and again, malambo after malambo (and there were many, many malambos). I was utterly converted:

The two cars in the caravan stopped outside Laurie’s hotel in Palermo, and there we said our goodbyes.

New Directions publishes many translations, but in most cases the author, translator and editor are separated by thousands of miles. Sometimes the author is long dead. Work is done over email and phone calls; close collaborators rarely get the chance to sit down in the same room.

Leila, the writer, Laurie and me, the editors, and Frances, the translator, traveled, ate, laughed and—not much, but it’s true—suffered together over the course of three days. At the end of it, I knew I’d made friends for life and been shown a world I’d never have known about if this incredible book hadn’t made it onto Laurie’s desk over a year ago.